2 out of 3 stroke survivors are in very good mental health • Earth.com 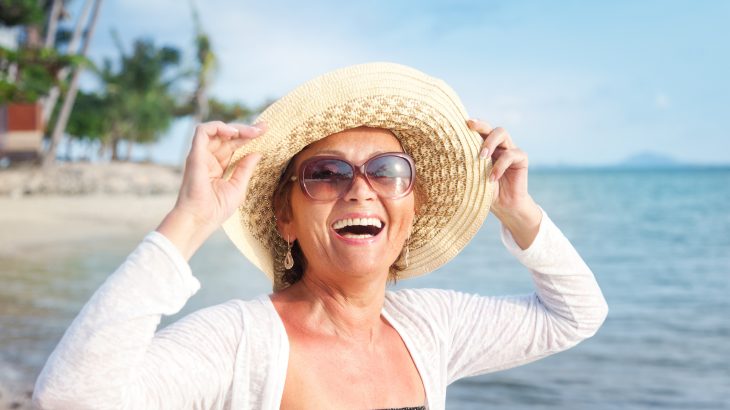 Every year in the United States, nearly 800,000 people have a stroke, according to the Centers for Disease Control.

A stroke occurs when an artery that supplies blood to the brain is blocked or narrowed, sometimes causing permanent paralysis, and problems with mood and memory.

Fortunately, not all stroke survivors have permanent problems. A new study from Canada has found that two-thirds of older stroke survivors outside of long-term care facilities are in “complete mental health.”

Researchers from the University of Toronto’s Factor-Inwentash Faculty of Social Work conducted the study which was published in the Journal of Aging and Health.

A person was deemed in “complete mental health” by the researchers if they were satisfied or happy with life on a daily basis, free of suicidal thoughts, anxiety or depression and not dependant on substances for an entire year.

“It is so heartening to learn that the vast majority of stroke survivors are in optimal mental health, indicating amazing resiliency,” said Esme Fuller-Thomson, the lead author of the study. “Many research studies, including my own earlier publications, have focused on post-stroke depression and suicidal thoughts. This is a paradigm shift to examine stroke survivors who are mentally flourishing.”

The researchers analyzed data from a nationally representative community sample of 11,157 Canadians who were aged 50 years or older.

300 individuals in the sample were stroke survivors, but the research didn’t factor in stroke survivors living in a long-term care facility, only those older Canadians who were still part of their community.

After reviewing the sample, the researchers discovered several key factors that helped influence  mental health and recovery after a stroke.

The researchers found that having a history of mental illness or childhood abuse impeded the ability to achieve mental health for stroke survivors.

“It appears that childhood adversities cast a very long shadow over many, many decades. In this sample of Canadians aged 50 and older, stroke survivors who had a history of childhood physical abuse, sexual abuse or chronic parental domestic violence were only half as likely to be in complete mental health in comparison to those without these childhood traumas,” said Fuller-Thomson.

Not having chronic pain and having a supportive social network went a long way in helping people achieve mental health after a stroke.

“One of our most exciting findings was the fact that stroke survivors with at least one confidant were four times more likely to be incomplete mental health in comparison to those who were socially isolated,” said Lisa A. Jenson, a co-author of the study.

The results offer hope that stroke survivors can achieve long-lasting complete mental health, and knowing what factors influence mental health while recovering from a stroke can help medical professionals find the right kinds of treatment to improve mental health and wellbeing during recovery after a stroke.

“We hope that these findings of incredible resiliency in stroke survivors are encouraging to stroke patients, their families, and the health profession,” said Fuller-Thomson. “There is a light at the end of the tunnel.”