Was Sue the T. Rex really a female? A new twist in the gender discussion • Earth.com 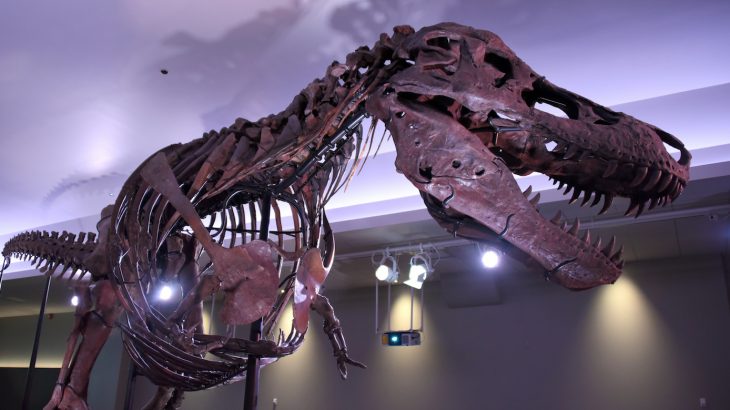 Was Sue the T. Rex really a female? A new twist in the gender discussion

For many scientists, naming a study animal, whether living or dead, is something of a faux pas.  Naming an animal can bias your view of it, making your observations less accurate.

There are of course some exceptions to this rule.  Jane Goodall, the famous chimpanzee researcher, flew in the face of convention by naming the chimpanzees she observed at Gombe National Park in Tanzania. Naming animals can have positive benefits beyond scientific observations.  If your main goals are of conserving a wild animal, names can potentially garner the animal more sympathy and public support. Sometimes named animals get amazing amounts of fame, and it seems unlikely an animal known only by a random string of numbers and letters would gain as much notoriety.

For the commercial paleontologists of Black Hills Institute of Geological Research (BHI), naming dinosaur skeletons had other purposes as well.  Many of the dinosaurs discovered by BHI have been named to honor someone, usually a person involved in the discovery of the fossil.

The name of Sue, the world’s largest and most complete known T. Rex fossil, is no different.  Sue Hendrickson had long been an explorer, first diving in Florida to collect fish aquarium specimens before becoming an expert on Dominican amber fossil insects.  Eventually, Sue helped in field work with whale fossils in Peru and then followed Pete Larson back to South Dakota to hunt dinosaur fossils. Often accompanied by dogs, as she was the one time I met her briefly on a Triceratops dig in South Dakota, Sue was walking her dog Gypsy when she made a discovery.  Sue had found a few dinosaur bones weathering out of a hillside. After weeks of work, the team at BHI excavated one of the most impressive individual fossils from the American west: SUE the T. Rex.

The easy explanation for the gendering of SUE is that she was simply named for her discoverer, Sue Hendrickson.  The more complex issue is that as Pete Larson, head of BHI pointed out, there is some evidence that SUE could be a female. 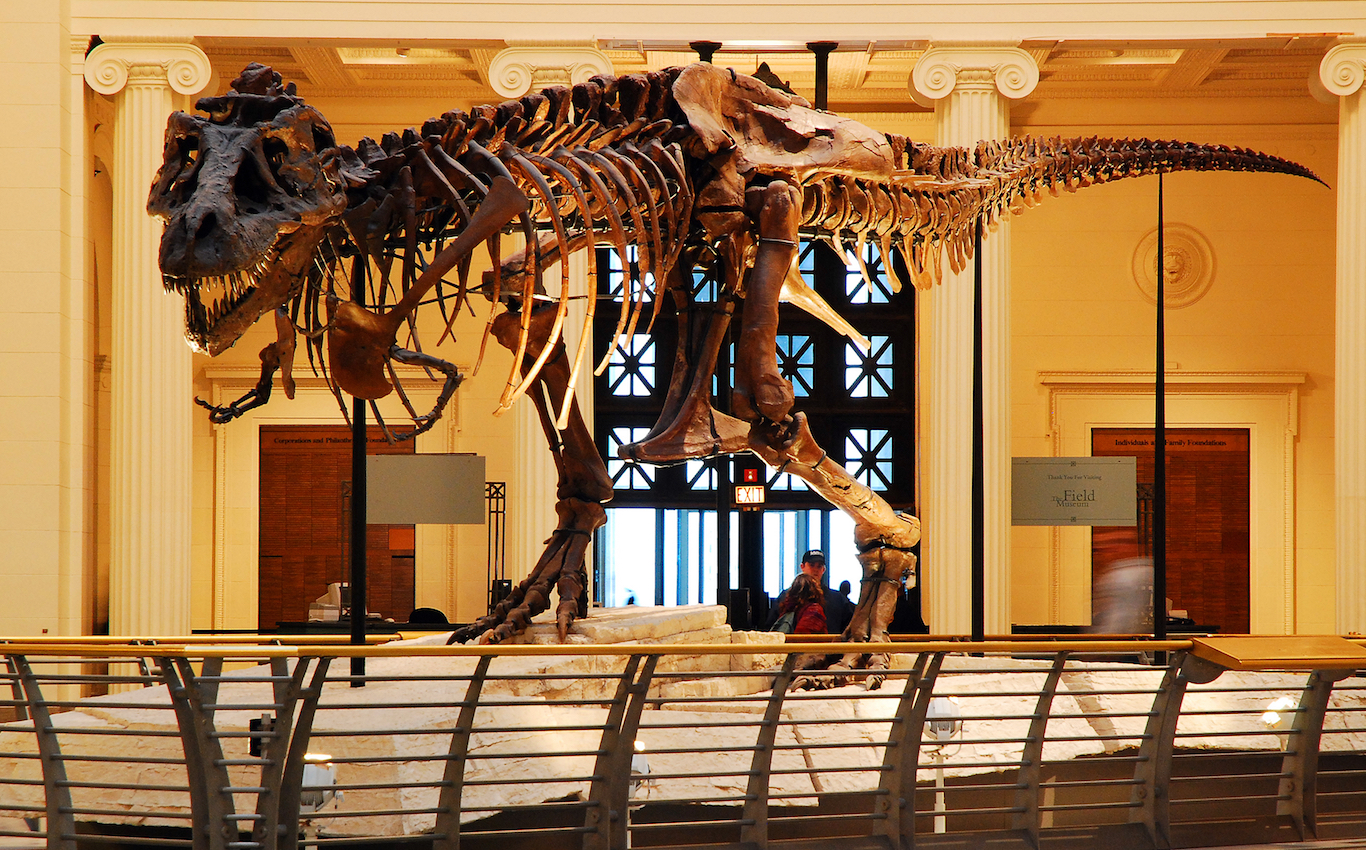 Sue the T. Rex on display at the Field Museum in Chicago, Image Credit: James Kirkikis/Shutterstock

Birds are a diverse group, and from hummingbirds to penguins, there are enormous differences.  In some groups females are larger, in others males are the biggest. In many birds, there is little discernible difference between male and female body sizes.  Often close observation of behavior is the only non-invasive way to find the gender of a bird. All birds are technically avian dinosaurs, the descendants of what we typically think of as dinosaurs – the non-avian dinosaurs.

There are some birds that have kept more clearly ancestral traits than others.  Birds like emus, ostriches and cassowaries appear more like the ancestral dinosaurs.

As Dr. Andrew L. Mack wrote in his book, Searching for Pekpek, “although all birds are the living relatives of dinosaurs, when you look at a cassowary this ancestry is viscerally evident.”

These birds are tall, flightless, fast runners and violent kickers.  It’s possible that birds like these can give us some insight into extinct non-avian dinosaurs, including differences in size between males and females, but we must be careful.

Emus are the closest relatives to cassowaries, so unsurprisingly, they’re very similar to them in terms of sexual dimorphism.  Female emus tend to be larger than their male counterparts and also have brighter markings, according to the Sacramento Zoo.

Unfortunately, the pattern breaks with ostriches.  Ostriches are also very dinosaur-like, growing to be as tall as nine feet, ostriches have to contend with dangerous predators not found in Australia, where emus only have dingos.  The result of evolving in Africa is that the ostrich is fierce and dangerous, like you’d expect from a dinosaur. Male ostriches are also larger than females and have striking black and white plumage compared to the dull drown of females, according to The Animal Files.

Sadly, other dinosaur-like birds such as the Elephant bird of Madagascar and the Moa of New Zealand which could be useful for comparison are extinct.

All other birds, also the descendants of dinosaurs, don’t help much for evidence of size difference among the sexes.  In raptors such as eagles and hawks, females are indeed larger than males. In many song birds, the opposite is true. What determines the difference in size doesn’t seem to be arbitrary but actually an artifact of evolved lifestyle.

An article from Birdwatching explains why some birds have a difference in size.  In many species, the males perform elaborate dances to attract females with their bright showy feathers and quick antics.  In these species, where one male might mate with several females, the males tend to be larger. In others, one female might mate with several males and she tends to be larger.  With raptors, the birds tend to pair off but it’s suspected females are larger than males to limit competition for the same prey between females and males. Egg laying may also play a role in size difference in raptors and some other birds.

For SUE, the case is far from clear cut, although her life might have resembled something of a cross between that of a raptor and that of an ostrich or emu.  Given this lack of certainty, the Chicago Field Museum decided recently to make SUE gender neutral.  Pete Larson of BHI still feels strongly that the T. Rex which defined his career is a female but BHI no longer owns the famous fossil.

An article on LGBTQ community platform them. praised the change, that SUE is now gender neutral in a world they point out, where many things are arbitrarily assigned a gender.  SUE’s Twitter account now uses gender neutral pronouns as well.

It’s certainly a good thing if the change makes a broader range of people engaged in science and discovery, but I still have to wonder if SUE was a female or not.  Did she perhaps lay eggs that hatched chicks from which sprung a long lineage of birds? It’s probable that science will never completely know for sure the true gender of SUE.