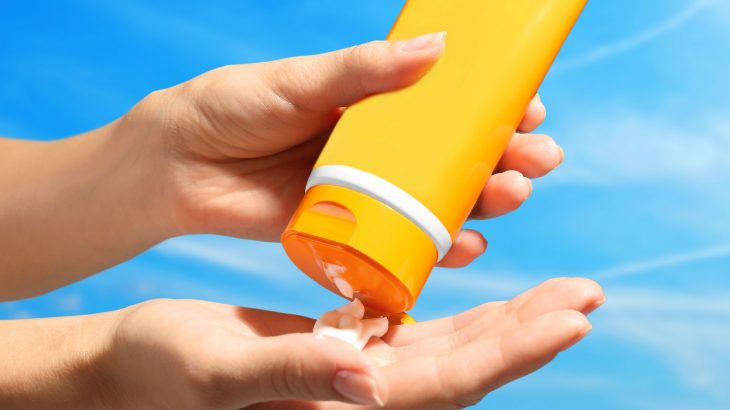 The chemicals found in sunscreens help protect our skin against harmful UV rays, prevent sunburn, and decrease the risk of skin cancers.

However, those same UV-blocking chemicals that benefit us are harmful to corals and marine wildlife. There has been a growing number of studies investigating the impacts of sunscreen on coral reefs.

People hoping to keep corals healthy might opt for sunscreen deemed “coral-safe,” which doesn’t have oxybenzone and octinoxate listed as an ingredient. However, there are other components in sunscreen that might be just as damaging to coral reefs.

Researchers from the University of Cantabria and the Institute of Marine Sciences of Andalusia conducted a study to determine the release rate of metal nanoparticles into the Mediterranean from commercial sunscreens.

A commercially available sunscreen with titanium-dioxide was added to Mediterranean seawater samples. The researchers monitored the release of lotions and nutrients as they dissolved in the water. A UV treatment, meant to simulate sun exposure, increased the rate of compounds entering the water.

Aluminum, silica, and phosphorus had the highest release rates.

Once the researchers were able to determine the release rates of metals and nutrients, a model was developed to predict what the release rates would be in different marine environments and how much metal could be released into the water.

It is unclear how trace amounts of metals and nutrients from sunscreen are impacting corals and other marine organisms, but the study shows that other ingredients in sunscreen need to be taken into account before sunscreens are deemed “coral-safe.”