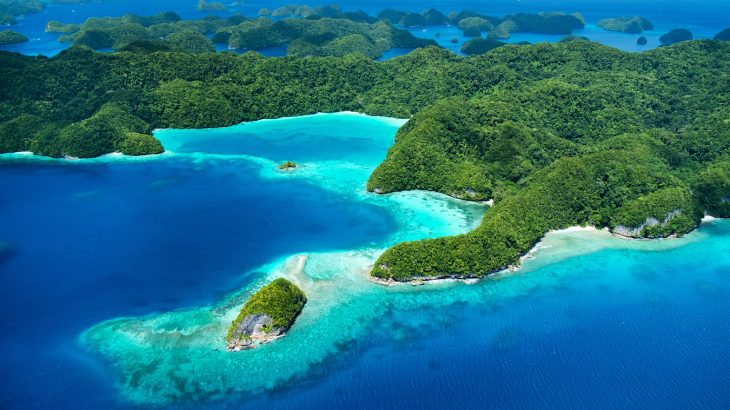 An island nation in the western Pacific Ocean has banned certain types of sunscreen in an effort to protect coral reefs. Palau, which is known as one of the best diving destinations on the planet, is now the first country to outlaw reef-toxic sunscreens.

The state of Hawaii recently initiated a similar ban on the sale or distribution of any sunscreens containing oxybenzone or octinoxate, which will take effect in January of 2021. Palau’s ban will also prohibit sunscreens that include these two chemicals, as well as eight other harmful substances that are commonly found in the products.

The legislation follows scientific discoveries that reef-toxic chemicals in sunscreens accelerate coral bleaching, causing damage and ultimately death to corals when they are exposed.

Sunscreen enters the water after moving through waste treatment facilities, but it is also directly deposited into the ocean when it is washed off swimmers. Overall, an estimated 14,000 tons of sunscreen enter the world’s oceans each year.

Due to soaring temperatures in 2016 and 2017, bleaching affected around half of the corals across Australia’s Great Barrier Reef. Scientists predict that 90 percent of the world’s coral will be threatened by 2030.

According to the World Wildlife Fund (WWF), an estimated one billion people depend on coral reefs for food and income. “If properly managed, reefs can yield around 15 tons of fish and other seafood per square kilometer each year,” said WWF. Countries like Palau depend on the tourism revenues generated by coral reefs.

Beginning in 2020, sunscreen products that contain the banned chemicals will be confiscated at airports, and anyone caught selling the illegal sunscreens will be fined $1,000. Palau’s President Tommy Remengesau said the law is designed to “walk a smart balance between educating tourists and scaring them away.”