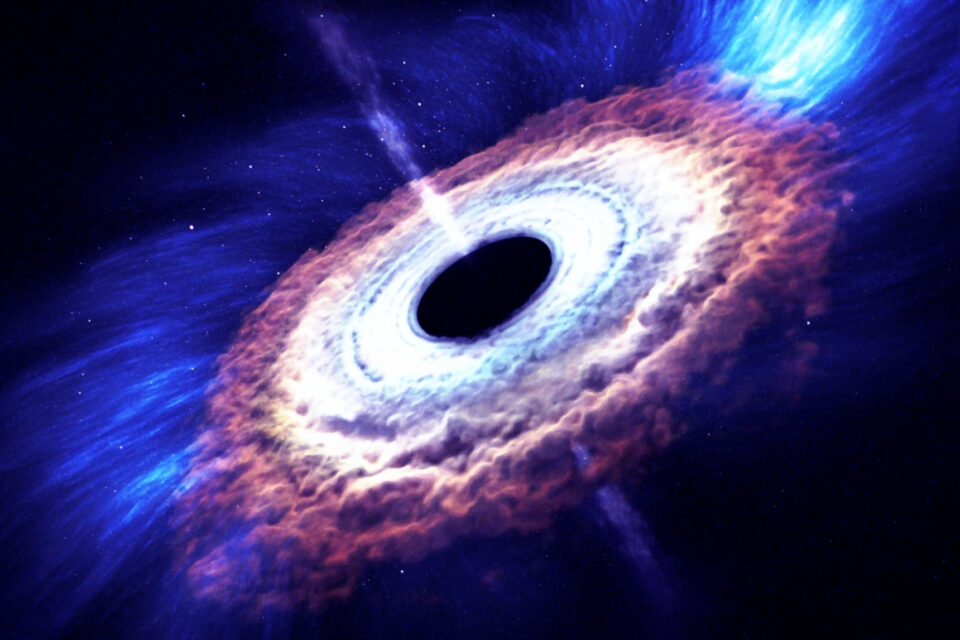 A team of astronomers led by the Massachusetts Institute of Technology (MIT) has recently determined the source of an extremely bright X-ray, optical, and radio signal appearing from 8.5 billion light years away. This signal – named AT 2022cmc and discovered earlier this year – appears to be from a jet of matter streaking out from a supermassive black hole at close to the speed of light.

The experts believe that the jet is the product of a black hole which suddenly began to devour a nearby star, releasing a massive amount of energy in the process. These findings could shed more light on how supermassive black holes feed and grow.

This phenomenon – in which a passing star is torn apart by a black hole’s tidal forces – is known in astronomy as a “tidal disruption event” (TDE). While several TDEs have been detected to date, AT 2022cmc is brighter than any of them, as well as the farthest ever observed.

“Our spectrum told us that the source was hot: around 30,000 degrees, which is typical for a TDE,” said study co-author Matt Nicholl, an associate professor of Astrophysics at the University of Birmingham. “But we also saw some absorption of light by the galaxy where this event occurred. These absorption lines were highly shifted towards redder wavelengths, telling us that this galaxy was much further away than we expected!”

While the scientists were initially surprised that such a distant event could appear so bright from Earth, they now believe that it may be pointing directly toward our planet, making it appear brighter than if the jet were pointing in another direction – an effect called a “Doppler booster,” which is similar to the amplified sound of a passing siren.

When it was first detected, the signal was thought to be a gamma-ray burst – an extreme jet of X-ray emissions emerging from the collapse of massive stars. “Gamma-ray bursts are the usual suspects for events like this,” said study co-author Benjamin Gompertz, an assistant professor of Gravitational Wave Astronomy at Birmingham. “However, as bright as they are, there is only so much light a collapsing star can produce. Because AT 2022cmc was so bright and lasted so long, we knew that something truly gargantuan must be powering it – a supermassive black hole.”

The black hole is “probably swallowing the star at the rate of half the mass of the sun per year,” according to lead author Dheeraj Pasham, an expert in Astrophysics at MIT. “A lot of this tidal disruption happens early on, and we were able to catch this event right at the beginning, within one week of the black hole starting to feed on the star.”

With rapid technological advances leading to the construction of more powerful telescopes, scientists believe more of such events will be detected in the near future, which may help clarify how black holes are launching these extremely powerful jets.