Swimming in the ocean changes the bacteria on your skin • Earth.com 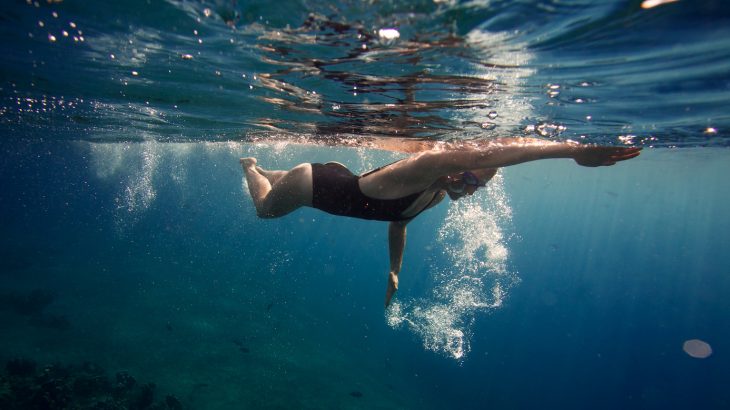 Swimming in the ocean changes the bacteria on your skin

Our skin is the body’s largest organ and our first line of defense against pathogens and infections.

The skin’s microbiome, the host of bacteria that live on the surface of our skin, plays a key role in these defense measures.

Researchers from the University of California, Irvine have now found that a ten-minute dip in the ocean temporarily changes the skin’s microbiome and potentially increases the risk of infection.

Based on previous studies that linked ocean swimming to infections, the researchers wanted to examine the extent that swimming in ocean water changes the skin’s microbiome.

Many beaches have poor water quality due to wastewater runoff, pollution, and stormwater runoff. Exposure to harmful pollutants can cause ear infections, stomach problems, and skin infections, which is why it’s important to understand how the skin’s bacteria changes when exposed to ocean water.

“Our data demonstrate for the first time that ocean water exposure can alter the diversity and composition of the human skin microbiome,” said Marisa Chattman Nielsen, the lead author of the study. While swimming normal resident bacteria were washed off while ocean bacteria were deposited onto the skin.”

Neilsen, along with a team of colleagues, found nine volunteers at a beach who weren’t using sunscreen, had little exposure to the ocean, and hadn’t washed in the last 12 hours or used antibiotics in the past six months.

Participants had their calves swabbed before, ten minutes, six hours, and 24 hours after a ten-minute swim.

Before their swim, each participant had a different community of bacteria on their skin, but that changed after being exposed to the ocean.

It was only after six hours that the participant’s microbiomes began to recover to their original state. There was one genus of bacteria in the water that was especially attracted to the skin.

The concentration of Vibrio species on the skin was more than ten times greater than what is typically found in ocean water samples.

“Recent studies have shown that human skin microbiome plays a vital role in immune system function, localized and systemic diseases, and infection,” said Nielsen. “A healthy microbiome protects the host from colonization and infection by opportunistic and pathogenic microbes.”

The researchers presented their findings at the annual meeting for the American Society of Microbiology.