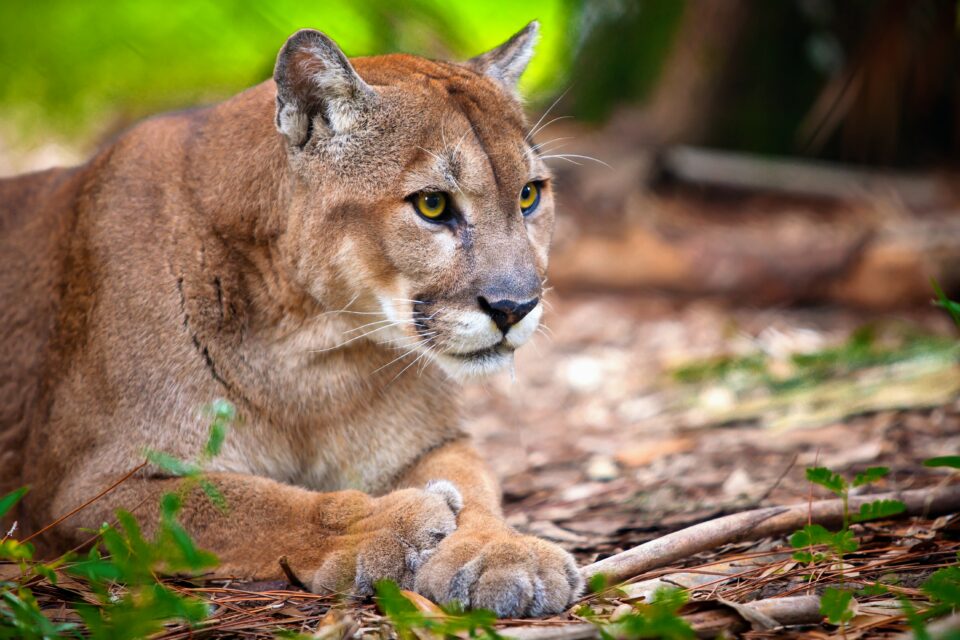 Florida is rapidly increasing the installation of utility-scale solar energy (USSE) facilities, aiming to decrease greenhouse gas emissions and mitigate climate change. Over the next decade, the solar capacity of the state is expected to increase from 1,743 to 12,537 megawatts. However, the expansion of sustainable energy comes with a cost: the installation of USSE facilities may significantly impede the habitats and movements of an already endangered species, the Florida panther.

This magnificent animal once ranged throughout the entire southeastern United States. Today, it is restricted to roughly five percent of its historical range in South Florida. The panthers need corridors for dispersal and have extremely large home ranges of up to 200 square miles. Their survival relies on their ability to move unimpeded from one protected area to another through wildlife corridors.

By using panther radio-telemetry data collected by the Florida Fish and Wildlife Conservation Commission (FWC) from 1981 to 2020, a research team led by Florida Atlantic University (FAU) analyzed the impact the installation of USSE facilities may have on panther habitat suitability and mobility. The scientists found nine facilities located within major corridors currently used by Florida panthers, as well as over 20 other facilities that may impede to some degree the animals’ core habitats and dispersal areas.

“Our study suggests that in the drive to shift our energy production to carbon neutral sources, while maintaining maximum profitability, wildlife outside human dominated landscapes with large ranges and dispersal potentials may be pushed into less favorable habitat or cut off completely from available habitat by degradation of corridors,” said study senior author Olena V. Leskova, a doctoral student in Geosciences at FAU.

“Formally protecting and enhancing the remaining corridors between core areas at the landscape-scale will potentially ameliorate, or mitigate, the impacts already evident after installation of some facilities, and may prevent foreseeable impacts with additional planned facilities,” added study co-author Scott H. Markwith, a professor of Geosciences at FAU.

“Restoring dispersal corridors and gene flow throughout Peninsular Florida is critical to the Florida panther, its prey, and ancillary species that benefit from a connected Florida ecosystem. This, in turn, will benefit biodiversity and species resiliency at the landscape-scale.”

The researchers expect other species, such as gopher tortoises, Florida scrub jays, eastern indigo snakes, Florida black bears, or Florida burrowing owls, to be affected by the building of these large facilities in parts of their territories too.