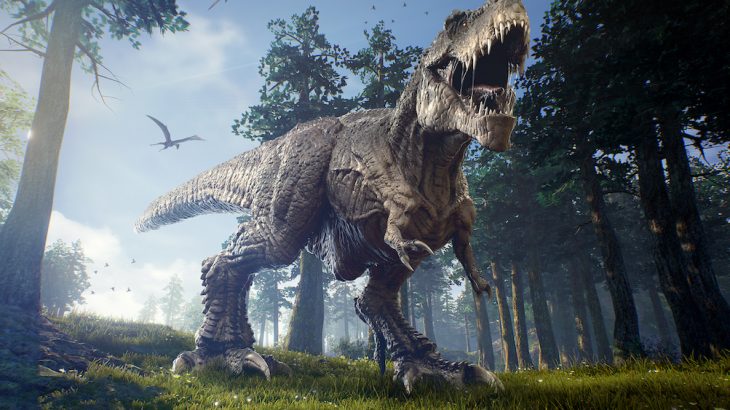 New evidence suggests that the Tyrannosaurus rex was equipped with a built-in air-conditioner to help regulate heat.

It was long believed that the two holes in the roof of a T. rex skull, the dorsotemporal fenestra, actually helped jaw movements and were filled with muscles. As T. rex is said to have a bite force of 8,000 pounds, some extra muscle certainly couldn’t have hurt.

The study, published in the journal the Anatomical Record, challenges what researchers know about the massive Cretaceous carnivore.

“Yet, we now have a lot of compelling evidence for blood vessels in this area, based on our work with alligators and other reptiles,” said Casey Holliday, the lead researcher of the study.

“Therefore, we noticed when it was cooler and the alligators are trying to warm up, our thermal imaging showed big hot spots in these holes in the roof of their skull, indicating a rise in temperature,” said Kent Vliet, a co-author of the study. ‘Yet, later in the day when it’s warmer, the holes appear dark, like they were turned off to keep cool.”

Next, the alligator thermal imaging data was compared to dinosaur and crocodile fossils and the researchers tracked changes in the dorsotemporal fenestra over time.

Alligators have an internal thermostat according to Vliet, which helps discharge and regulate heat, and T. Rex may have had a similar system.

“We know that, similarly to the T. rex, alligators have holes on the roof of their skulls, and they are filled with blood vessels,” said Larry Witmer, a fellow co-author of the study. “By using some anatomy and physiology of current animals, we can show that we can overturn those early hypotheses about the anatomy of this part of the T. rex’s skull.”