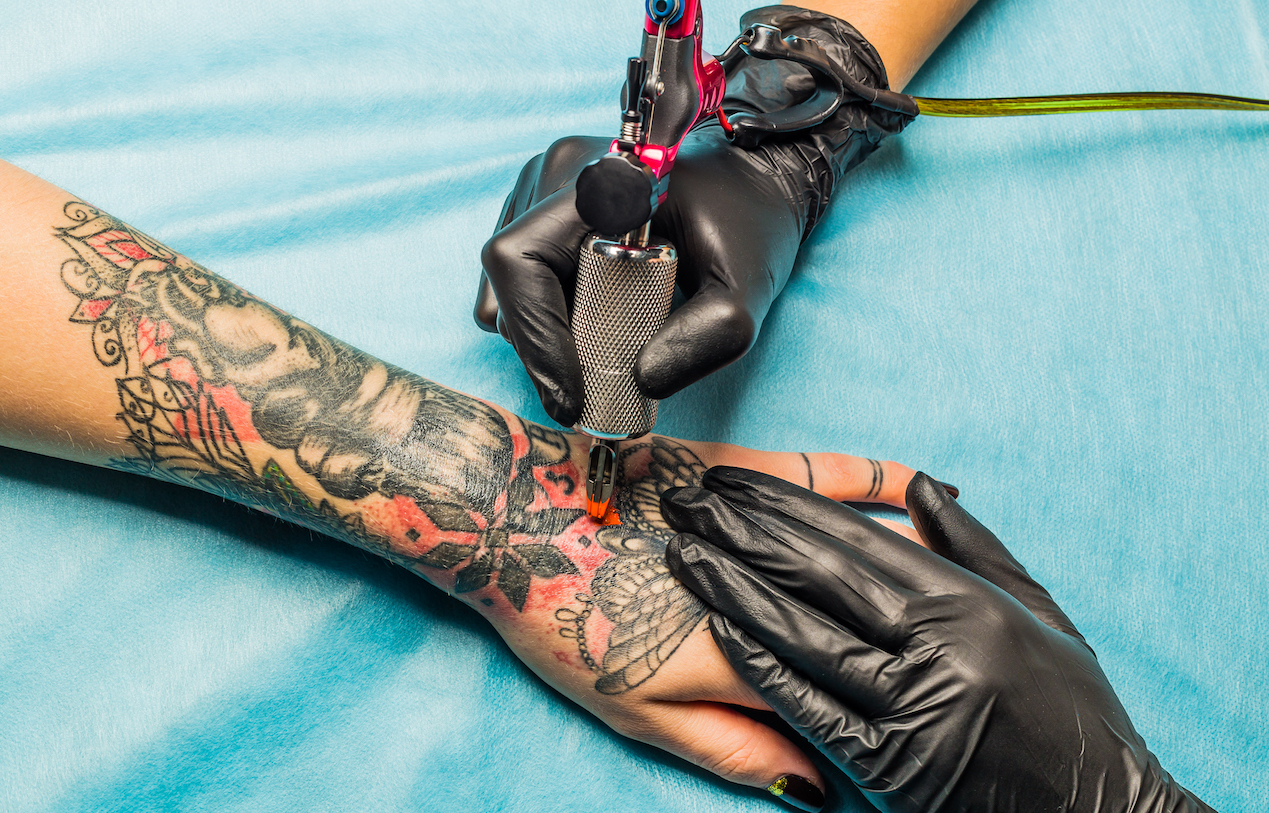 Tattoos can come along with a variety of unexpected side effects such as infection, scarring, and chronic irritations. There are also concerns that the ink used for tattoos can have a negative impact on the immune system and other aspects of health which are not yet known. Some studies have even found that the majority of black inks contain carcinogenic compounds.

Experts are now reporting that getting a tattoo may be particularly risky for those who have certain pre-existing health issues. Recently, a woman taking immunosuppressant drugs developed chronic pain in her hip and leg after getting a tattoo on her left thigh.

The woman had been tattooed on her right leg years earlier with no issues, but this experience was entirely different. Ever since receiving a double lung transplant in 2009, she had been taking drugs to suppress her immune system, which doctors are theorizing may have caused the bad reaction.

The patient experienced mild skin irritation right away, which is not unusual, explained the researchers. Just over a week later, however, she developed pain in her left knee and thigh and the symptoms were so severe that strong painkillers were needed.

After ten months, the patient’s symptoms had eased up but were not entirely gone. She was referred to a rheumatology clinic and tested for various conditions, which all came back negative.

An examination of her thigh muscle, however, revealed that she had chronic muscle inflammation known as inflammatory myopathy. This condition usually comes along with muscle weakness and pain, and its cause is often unknown.

In this particular case, the doctors believe the muscle tissue disease is linked to the tattoo process itself, and the response was likely worsened by a compromised immune system.

“While we acknowledge that there is no evidence to definitely prove the causative effect, the timing of onset and the location of the symptoms correlated well with the tattoo application and there were no other identifiable factors to cause the pathology,” wrote the doctors.

Physiotherapy helped to strengthen the patient’s thigh muscles, and she was finally pain-free after three years.

The study authors cautioned that individuals – especially those with compromised immune systems – should be aware of the potential risks associated with getting a tattoo.

“The tattoo industry has no regulated or professional body to enhance standards across the UK,” wrote the experts. “In this case, the tattoo application by an unregulated parlor, combined with the patient’s immune suppression could have resulted in the adverse reaction.”

The study is published in the journal BMJ Case Reports.