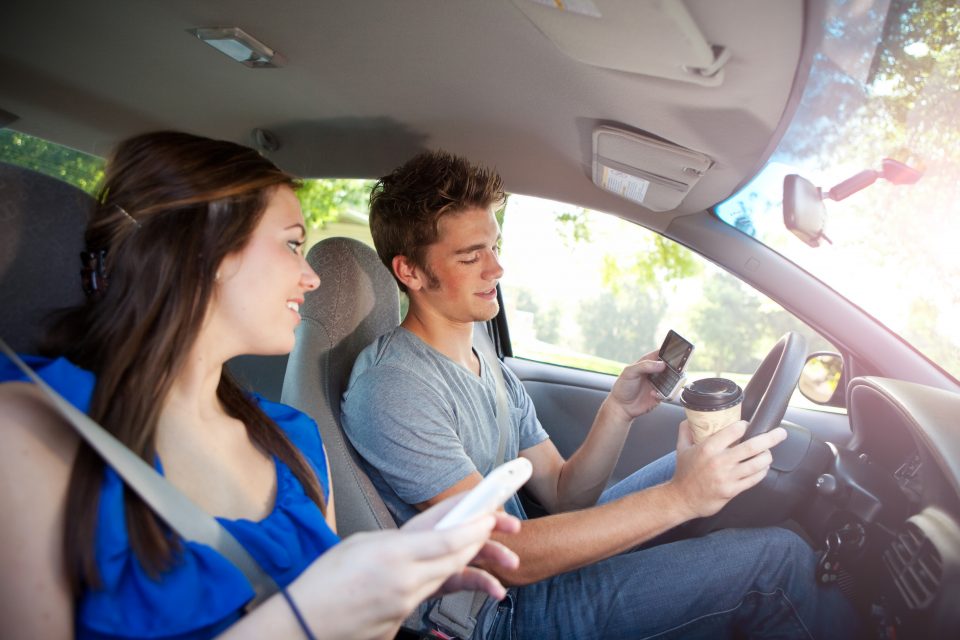 More than half of teens have been at the mercy of a distracted . In a new survey from the University of Michigan, more than half of parents reported that their child has been a passenger in a car with a distracted teen driver behind the wheel. The top safety concerns expressed by the participants included distractions caused by loud music, cell phone use, or having other teens in the car.

The C.S. Mott Children’s Hospital National Poll also revealed that nearly half of teens have ridden in the car with a friend who was speeding, while other kids admitted that their teen driver was impaired by alcohol, drugs, or sleep deprivation.

“When teens start driving, there is rightfully a big focus on the safety of the drivers themselves,” said poll co-director and Mott pediatrician Dr. Gary Freed. “But our poll suggests that parents should play an active role in not only preparing teens to be safe drivers – but to be safety-minded passengers when riding with friends.”

The survey involved 877 parents who had at least one child between the ages of 14 and 18. Many of the parents said they tried to limit the time their teen spent in the car with a young driver, such as when there was bad weather, it was late at night, or when the driver had less than six months of experience. 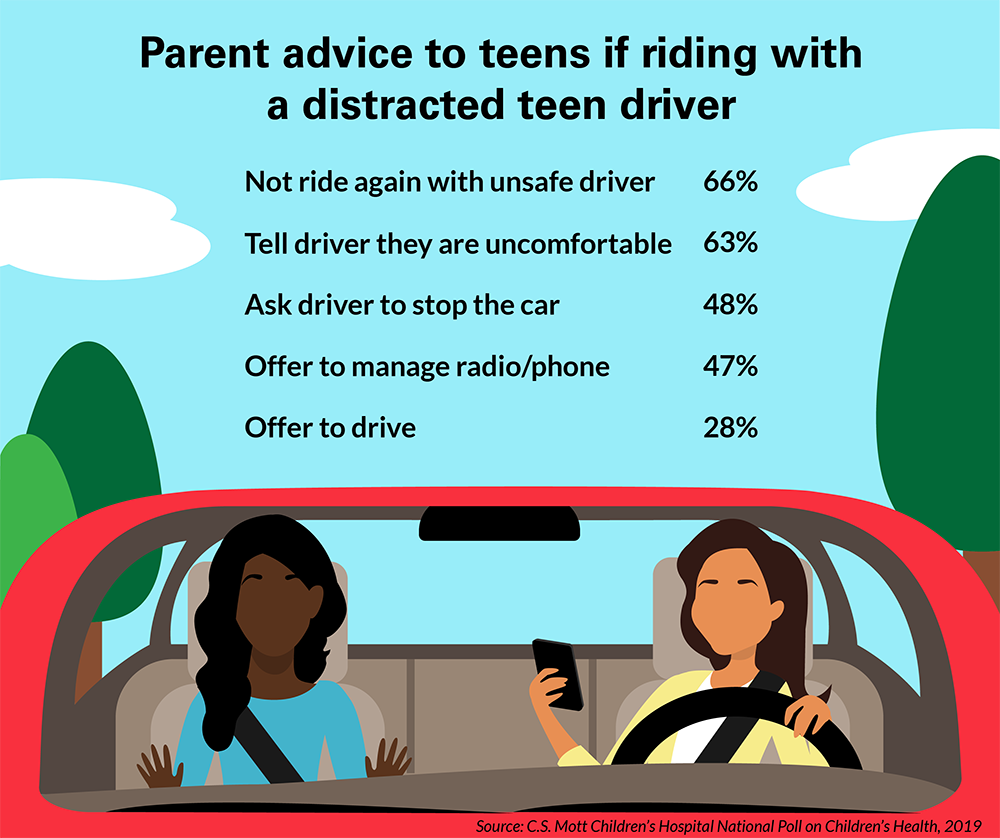 “Many parents recognize that teens’ minimal experience on the road is a disadvantage when there’s a change in driving conditions,” said Dr. Freed. “Some parents try to reduce their teens’ risks in potentially hazardous situations, such as late nights or bad weather.”

Car crashes are the leading cause of death among teens, and more than half of those who are killed are not driving.

According to Dr. Freed, lack of experience can result in drivers not always reacting quickly to changes in road or driving conditions or paying as close attention to other cars or pedestrians as needed to stay safe. He encourages parents to talk to their kids about being responsible passengers by taking actions such as offering to hold the driver’s phone, lowering radio volume, or asking the driver to slow down if necessary.

“Parents should try to empower their teen to be proactive in avoiding common situations that cause distractions to the driver and also speak up to stop any unsafe activities,” said Dr. Freed. “Safe driving should be a shared responsibility for both teen drivers and passengers as the risks are high for each.”