Temperatures are rising unexpectedly fast on the Tibetan Plateau • Earth.com 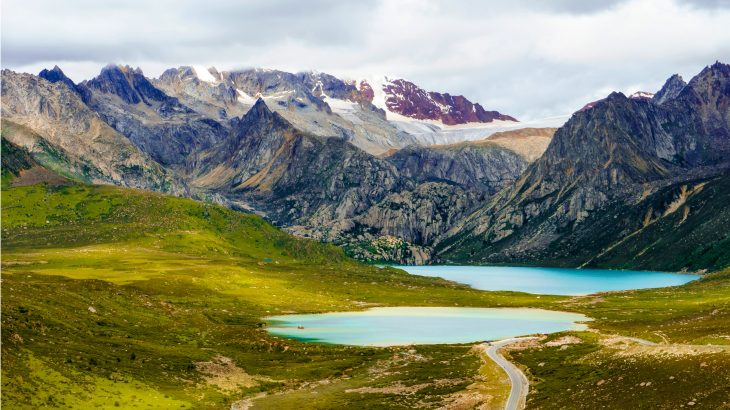 Temperatures are rising unexpectedly fast on the Tibetan Plateau

According to a new study, the Tibetan Plateau has been warming more rapidly than the global average, and this rate will continue to exceed what has been projected by climate models.

The Tibetan Plateau contains the largest volumes of ice outside of the polar regions, and feeds dozens of major Asian rivers.

“Serving as ‘the water tower of Asia,’ the Tibetan Plateau supplies water resources to more than 1.4 billion people. It is warming more rapidly than the global average over the past decades, affecting regional hydrological cycle and ecosystem services,” wrote the researchers.

Study lead author Professor Tianjun Zhou is a senior scientist at the Institute of Atmospheric Physics (IAP) and CAS Center for Excellence in Tibetan Plateau Earth Sciences in the Chinese Academy of Sciences.

“A clear understanding of the past warming of the Tibetan Plateau, particularly the underlying human influence, can help better anticipating and interpreting future changes,” said Professor Zhou.

To investigate what has driven higher temperatures across the Plateau in recent decades, Professor Zhou and his team used an archive of comprehensive climate models known as CMIP5, in which historical simulations are driven by individual external forcings.

The experts found that the accelerated warming of the Tibetan Plateau from 1961 to 2005 can be attributed to human activities, particularly greenhouse gas emissions, which contributed approximately 1.37 degrees Celsius.

Considering that anthropogenic warming on the Tibetan Plateau is currently underestimated by global climate models, the team went further to correct future projections. The analysis confirmed that the Tibetan Plateau will continue to warm faster than previously expected.

“For example, under a medium carbon emission scenario (RCP4.5), the Tibetan Plateau is expected to warm by 2.25°C and 2.99°C in the mid-term (2041-2060) and end of 21st century (2081-2100), which are 0.24°C and 0.32°C warmer than the uncorrected projections, respectively,” said study co-author Wenxia Zhang. “This implies a greater loss of glacier mass and further increased geohazard risks in the Asian water tower.”