4,000 year-old termite mounds in Brazil are visible from space • Earth.com 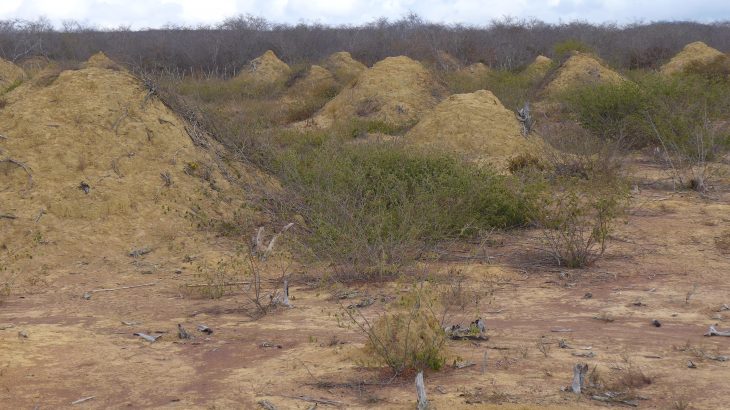 4,000 year-old termite mounds in Brazil are visible from space

In northeastern Brazil, there exists an expansive network of millions of termite mounds so large you can see them from space using Google Earth.

The still-inhabited mounds cover an area about the size of Great Britain, and each cone-shaped formation is approximately 8 feet tall and around 30 feet wide.

What’s remarkable about the termite mounds is that they were formed by a single species of termite and team researchers recently discovered that the mounds are nearly 4,000 years old.

Researchers from the University of Salford in the UK and the Universidade Estadual de Feira de Santana conducted a study examining the mounds in hopes of uncovering more about the origins of the structures and termites that made them. 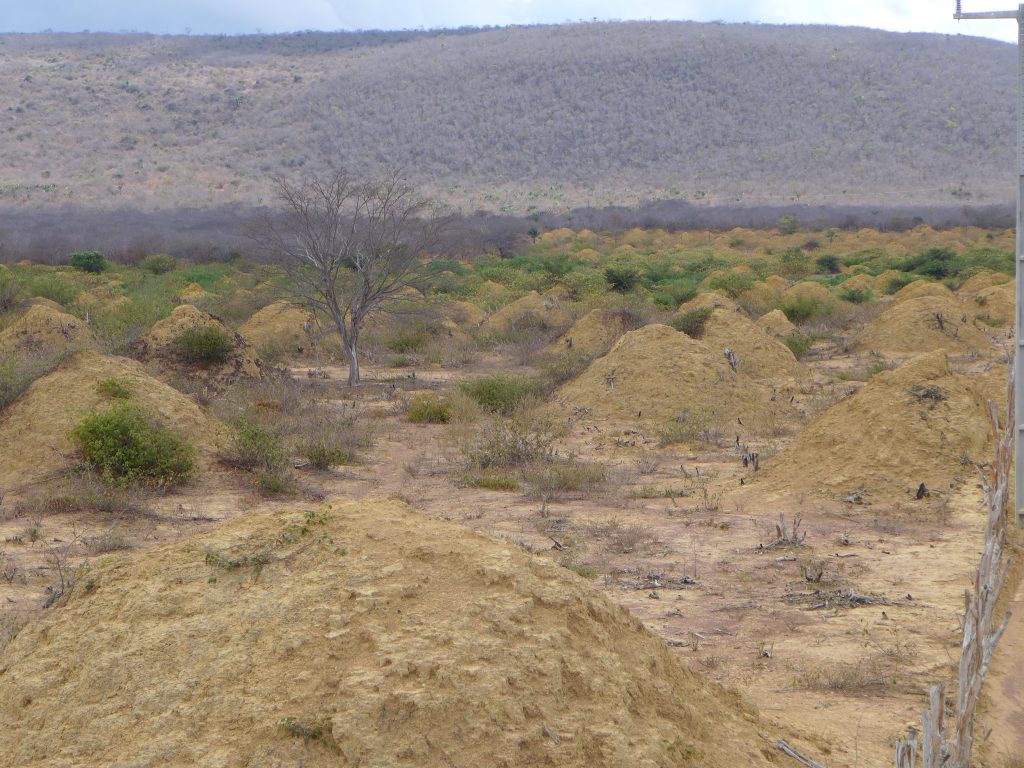 The termite mounds are not nests but instead are the result of years and years of depositing soil while excavating networks of interconnected underground tunnels.

“These mounds were formed by a single termite species that excavated a massive network of tunnels to allow them to access dead leaves to eat safely and directly from the forest floor,” said

Stephen Martin, the lead author of the study. “The amount of soil excavated is over 10 cubic kilometers, equivalent to 4,000 great pyramids of Giza, and represents one of the biggest structures built by a single insect species.”

The researchers collected soil samples from the centers of eleven of the mounds, and after dating the samples, it was determined that the mounds were filled 690 to 3,820 years ago.

It’s a discovery that matches the age of the oldest known termite mounds in the world which are located in Africa.

“This is apparently the world’s most extensive bioengineering effort by a single insect species,” adds Roy Funch of Universidade Estadual de Feira de Santana in Brazil. “Perhaps most exciting of all–the mounds are extremely old–up to 4,000 years, similar to the ages of the pyramids.”

After dating the soil samples, the researchers were curious about the regular spatial pattern of the mounds and wanted to know if it was the result of competing or aggressive termite interactions.

The team conducted behavioral tests with the termites in nearby and farther apart mounds and found that the termites were not aggressive with their neighbors.

Instead, the researchers hypothesize that the pattern and layout are driven by food availability and where leaves fall in the forest where the mounds are located.

The termite mounds have created more questions than answers, and the researchers say that further studies are needed, but the fact that the same termite species still inhabit the area offers an impressive research opportunity.

“It’s incredible that, in this day and age, you can find an ‘unknown’ biological wonder of this sheer size and age still existing, with the occupants still present,” said Martin.