Scientist reveals the non-supernatural cause behind fairy circles • Earth.com 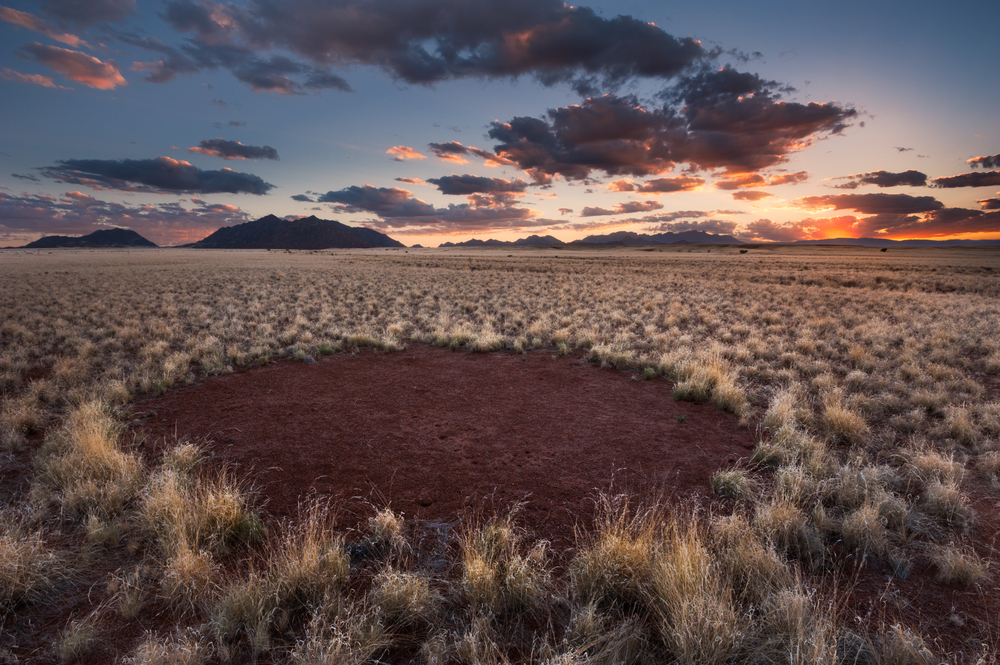 Scientist reveals the non-supernatural cause behind fairy circles

The world is home to some strange phenomena – among them, strange and often beautiful circles that seem to randomly appear with no apparent cause. Crop circles – areas where corn or wheat has been flattened down in a wide circular pattern – have popped up in places like the U.K., Switzerland, and the American Midwest. For years, people have debated about the cause of crop circles. Are they caused by UFOS, animals, or hoax-happy humans? Another type of mysterious formation are fairy circles.

Fairy circles appear throughout the Namib desert in southern Africa, as well as some parts of Australia. They consist of intricate circles of plant life that form a ring. Inside of each circle, nothing grows – and for years, people haven’t been certain why.

That’s how fairy circles got their name. Stories of supernatural creatures – including dragons – have been used to explain the formation of the unusual circles.

Ecologists at Princeton University wanted to move past the mythology surrounding the fairy circles and find out what really causes them. In a study published in the journal Nature, they explain how the circles are created – not by nature, but by animals and plants working together.

It all happens underground, according to study co-author Robert Pringle. Termites build nests and venture a certain distance away from it, being careful not to venture into another colony’s territory. Meanwhile, plants establish themselves in a way that their root systems won’t compete with each other. All together, these behaviors create not only the circles themselves, but the intricate patterns in between them.

The Associated Press reported that several other experts disagreed with Pringle’s theory. They remained unconvinced by some of his assumptions about the lifespan of termite colonies and rainfall in the areas where the circles are located.

In scientific circles as well as around family campfires, the debate about strange circle phenomena rages on.