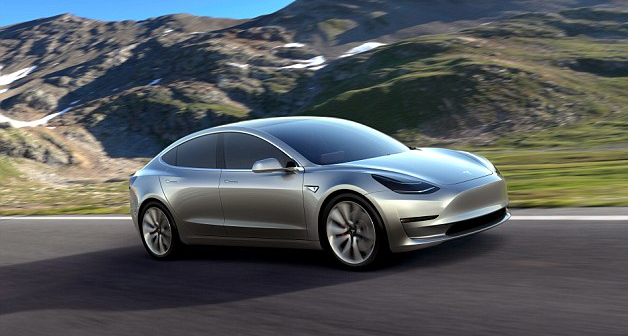 Eco-conscious car owners are buzzing about this bit of news: Tesla is set to begin test builds on its $35,000 Model 3 sedan on February 20th.

Tesla Chief Executive Elon Musk announced that Tesla will shut down the production line at its California assembly plant for one week this month. That will give the team time to prepare for production of the Model 3. During the shutdown, the plant will add capacity to its existing paint shop and do maintenance necessary to get ready to crank out the much-awaited new vehicles.

Tesla hopes to start production of the new sedan in July. Over 370,000 customers have put down deposits for the Model 3.

“This will allow Tesla to begin Model 3 production later this year as planned and enable us to start the ramp towards 500,000 vehicles annually in 2018,” a Tesla spokesperson said of the plant shutdown.

Musk said that the final design of the Model 3 production facility will resemble an “alien dreadnought.” It will be stunning, he said – “the machine that makes the machine.”

“You can’t have people in the production line itself, otherwise you drop to people speed,” he said. “So there will be no people in production process itself.”

People will still work in the factory, Musk said, in order to maintain, upgrade, and repair the machines.

While electric cars have traditionally cost more than their gas-guzzling counterparts, the move will help turn the dream of truly affordable electric vehicles into a reality. Tesla’s 2016 Model S retailed at $68,000. The Model 3 will cut that price nearly in half.

Tesla is betting that the Model 3 will take the company out of the niche luxury electric car market and turn it into a brand for the masses. It hasn’t been profitable since 2010, when it first went public.