The Amazon is drying out, with far-reaching consequences • Earth.com 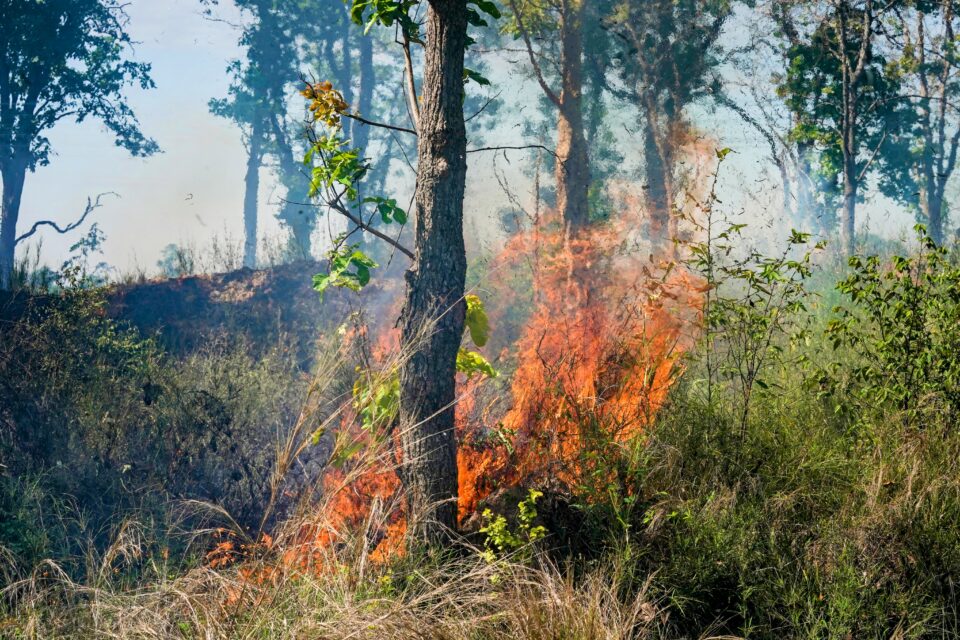 While climate change increases the occurrence of torrential downpours and floods in some locations, it seems to be sending more frequent and more severe droughts to the Amazon Basin. This has far-reaching implications for the rainforest because moisture is at the heart of its very existence. New research now suggests that dry spells in this, the largest and most biodiverse tropical rainforest on earth, may cause more extensive damage than was previously thought.

Water that falls over the Amazon rainforest in South America moistens the soil and is taken up by plants. The water is then recycled, through evaporation and transpiration, back into the atmosphere, where it contributes to the droplets in mist and clouds. In this way, the forest creates its own weather, generating as much as half of the rainfall over the greater Basin.  When less rain falls, the entire water cycle is affected – not only over the region that experienced the drought, but over large parts of the entire Amazon.

A team of researchers, led by Nico Wunderling of the Potsdam Institute of Climate Action Research, has now used network analysis to understand the complex workings of one of Earth’s most valuable and biodiverse carbon sinks. They have found that even if a dry spell affects only one specific region of the forest, its harm stretches beyond that region by a factor of one to three.  As lack of rain strongly decreases the water recycling volume, there will also be less rainfall in neighboring regions, which puts even more parts of the forest under significant stress.

“More intensive droughts put parts of the Amazon rainforest at risk of drying off and dying. Subsequently, due to the network effect, less forest cover leads to less water in the system overall, and hence disproportionately more harm,” explained Wunderling. “And while we’ve investigated the impact of drought, that rule also holds for deforestation. It means essentially, when you chop down one acre of forest, what you actually are destroying is 1.3 acres.”

Extraordinarily dry seasons, that used to occur once a century, now occur twice a decade (for example in 2005 and 2010), and climate models predict they will become the new normal from 2050 onwards.

“These recurrent droughts are already producing quantifiable changes to the Amazon’s moisture network. We use these observations to understand and model the consequences of a future climate that resembles a permanent drought state,” explained Henrique Barbosa, assistant professor of Physics at University of Maryland Baltimore County.

In the Amazon forest, different regions experience different environmental conditions and the trees are adapted to these. Some parts already experience a dry season and have vegetation with a certain adaptive capacity. However, the researchers think that future changes in the moisture regime will run at a faster pace than the trees can adapt. “We specifically acknowledge these local adaptations as they can be a blessing or a curse under climate change,” said Boris Sakschewski from the Potsdam Institute.

The results of the network analysis reveal that, despite this adaptation, a future climate characterized by permanent drought conditions could trigger a transition to an open canopy state, particularly in the southern Amazon where human activity has already cleared large areas for pasture and crops.

“So we find that even the dry season-adapted parts of the Amazon forest won’t necessarily survive a new climate normal, and the risk of tipping into savannah or no trees at all is high,” said Sakschewski. “The consequences for biodiversity would be disastrous, but the same goes for the local, regional, and global climate.”

“Yet not all is lost,” said study co-senior author Ricarda Winkelmann. “That is because a good part of the forest is still in relatively stable conditions. The network effects of dry spells are likely limited to certain areas in the forest’s southeast and southwest –which happen to be those areas where the forest has been suffering from the human hand already, in clearing forest for pasture or soy.”

“There is still a lot we can do to try and stabilize the Amazon, as preserving it and its ecological services is of utmost importance for local, regional and global climate stability. And we know how we can do that: by protecting the rainforest from logging, and by rapidly reducing greenhouse gas emissions to limit further global warming.”