The coast of France may be a death trap for sea turtles • Earth.com 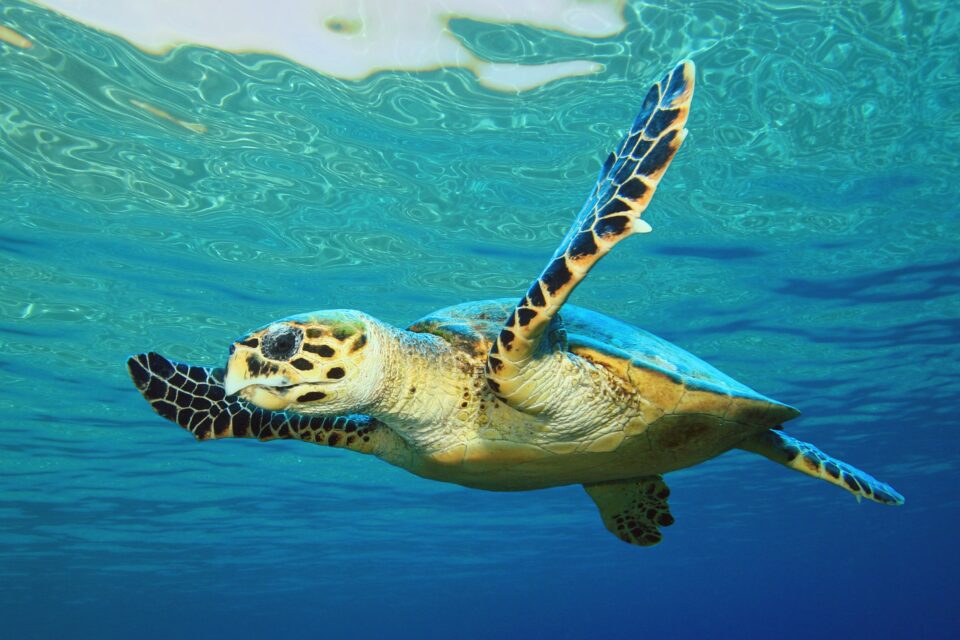 The known boundaries of sea turtle foraging areas have been called into question by new research. Loggerhead, Kemp’s ridley, and green turtles stranded off the coast of France may have been foraging for food.

The researchers used satellite data to show that turtles who were rehabilitated in places like Florida and the Cape Verde Islands might have been returning to home waters through Europe. Younger individuals are especially at risk of being stranded.

“Stranded turtles that were tracked swimming westwards presumably towards their birth homes, after their rescue and release from the Atlantic coast of France, were older and more developed than those that remained in the Bay of Biscay region,” explained study first author Dr. Philippine Chambault.

“Turtles that remained in the area were much smaller, possibly trapped in the winter, as they are not able to regulate their body temperature and get lethargic with decreasing sea temperatures.”

According to study co-author Florence Dell’Amico, this new insight is valuable for informing conservation strategies.

“These findings have important turtle conservation implications,” said Dell’Amico. “Maps of their ecological range need to be updated, and these study findings can help to plan effective rehabilitation and release strategies for turtles rescued from this area.”

To look at where the turtles were going, the researchers deployed miniature satellite transmitters attached to the shells of rescued turtles. The team also looked at ocean currents, water temperature, abundance of turtle prey species and mass and size of turtles.

The results suggest that turtles might be visiting some areas off the coast of France to forage for food. While larger turtles can weather colder temperatures in the winter, smaller turtles instead seem to be trapped and suffer from hypothermia.

“The Bay of Biscay waters are especially cold during wintertime, less than 10°C, and so this area is assumed to be outside the geographical range for turtles,” said study co-author Dr. Philippe Gaspar.

“Our observations suggest that while the turtles could be visiting this area to forage for food, it may be an ecological trap for very small turtles that may suffer from hypothermia in the cold months.”

“A turtle’s body temperature is largely controlled by the temperature of the environment, and temperatures below 10oC are often lethal.”

This research lays the groundwork for further studies as well as conservation planning for sea turtles worldwide. The study is published in the journal Frontiers in Marine Science.