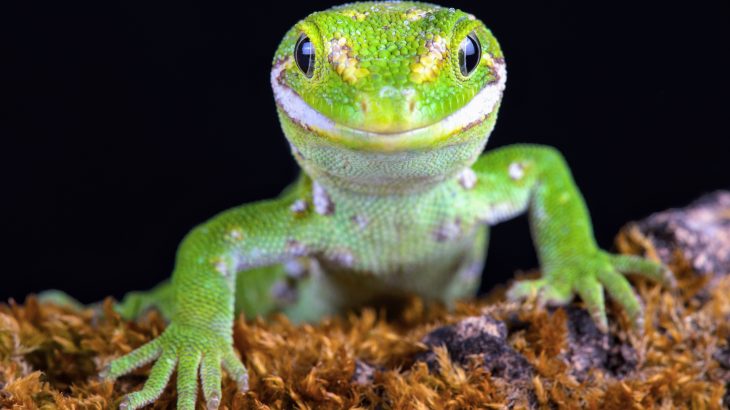 Scientists at the Natural History Museum described 503 previously unknown species in 2020. The work persisted despite the challenges of the COVID-19 pandemic, during which the museum closed its doors to the public for the longest time since World War II.

Museum researchers, curators, and scientific associates, have described new species from almost all kingdoms of life, including wasps, minerals, and miniature tarantulas.

“Once again, an end of year tally of new species has revealed a remarkable diversity of life forms and minerals hitherto undescribed,” said Dr. Tim Littlewood, Executive Director of Science at the Natural History Museum. “The Museum’s collection of specimens provide a resource within which to find new species as well as a reference set to recognize specimens and species as new.”

“Revealing new and undescribed species not only sustains our awe of the natural world, it further reveals what we stand to lose and helps estimate the diversity we may lose even before it’s discovered. Our understanding of the natural world’s diversity is negligible and yet we depend on its systems, interconnectedness and complexity for food, water, climate resilience and the air we breathe.”

“In a year when the global mass of biodiversity is being outweighed by human-made mass it feels like a race to document what we are losing. 503 newly discovered species reminds us we represent a single, inquisitive, and immensely powerful species with the fate of many others in our hands.”

The most exciting discovery is a new species of monkey found living on the side of an extinct volcano in Myanmar. The creature was identified using skins and bones that have been in the Museum’s collection for over 100 years.

The monkey, which is critically endangered, has been named the Popa langur after the mountain where it lives. “We hope that the naming of the species will help in its conservation,’ says Roberto Portela Miguez, a senior curator at the museum.

In the last 12 months, the researchers have described a total of three plants, three red seaweeds, ten ciliates, four diatoms, and a lichen. One of these species, Corallina chamberlainiae, is a beautiful seaweed that is found in the south Atlantic waters off of the Falkland Islands.

“Our collections are made up of 80 million specimens and contain a huge range of species and a deep history that is key to allowing our scientists to be certain that they have found a creature which is new to science,” said Ken Norris, Head of Life Sciences at the museum.

“‘These discoveries go to show the vital role that natural history collections around the world continue to play in describing new species and the hidden diversity that is contained within the collections.”

“With the world changing at an astonishing pace through climate and land use change as well as other numerous pressures on the natural world, it has never been more important to record life on our planet,” said Norris.

“To protect and preserve life on our planet we need to document and understand it.  Thanks to the astonishing effort of the Museum’s researchers during this difficult past year, we now know just that little bit more.”