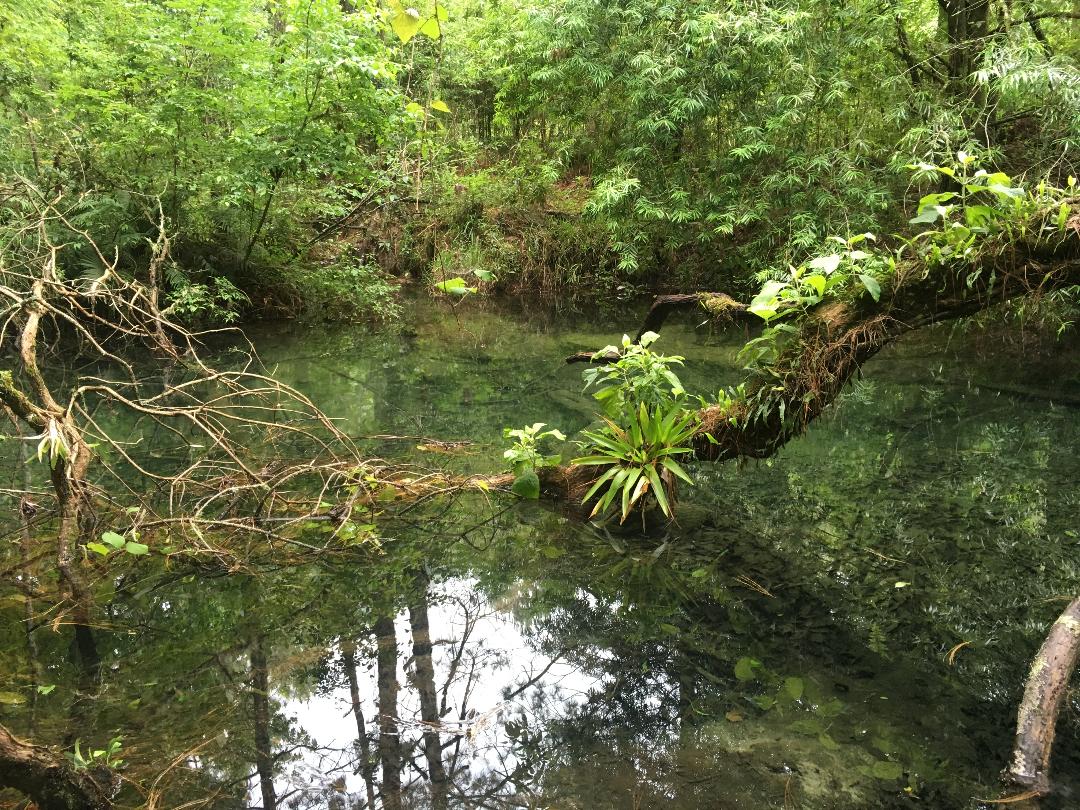 In the Mexican state of Tamualipas, it’s possible to drive past a small sign marking the Tropic of Cancer.  As you head south past this boundary marking out the tropical belt surrounding the center of the globe, some changes are obvious.  Power lines are hung with the intricately woven, pendulous nests of Oropendolas; trees are draped with moss, wrapped in vines and spotted with lichen.  Lurid butterflies are noticeably more common everywhere.

On an ongoing road trip through Mexico, my fiancé and I decided to venture into the tropics.  As we drove south, hills rose around us, covered with an abundance of green life.  The air became sticky.  It was hot.  It was humid.  We were driving to El Cielo Biosphere Reserve.

El Cielo translates as ‘Heaven’ and the beauty of the place fit the descriptor.  El Cielo is the northernmost extent of tropical forests in North America and contains several different habitats including montane cloud forest, sub-deciduous tropical forest and dry, high elevation xerophyte shrublands.  The park itself extends for 357,100 acres, is an UNESCO World Heritage Site, and contains within it a few small, semi-remote villages. According to a 1999 survey, 6,208 people live inside the park. The human population is scattered among at least seven small villages strung along a road that gets rougher the further into the park you venture. 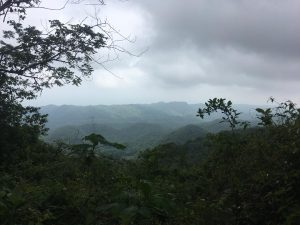 Arriving in El Cielo, we were too late in the day for camping, so we found a nice hotel hugged by trees overlooking an impressive valley and hillside.  Birds called loudly from the trees. Humidity was omnipresent, sticking clothes to my body, dusting my face. The town we spent our first night in is at the end of the paved road, the rest of the roads are rocky dirt things with patches of concrete that apparently were last officially maintained before I was born.  As day turned to darkness, the songs of insects were everywhere: cicadas and katydids competing with frogs in their calls for sex. The people acted like they lived in heaven too, delicious street food was cheap and live music mingled with the animal sounds in the tropical night. The next day we drove on, following a road I wouldn’t again take our two wheel drive van on to start camping and really experience El Cielo if for but a short time. 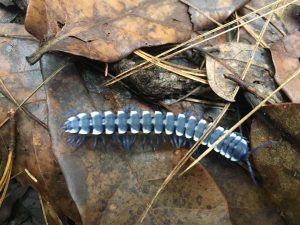 In El Cielo, black bear, jaguar, and mountain lions coexist.  If you remember that jaguars are often called ‘el tigre’ in Spanish, you could almost say, ‘lions and tigers and bears, oh my!’ It’s rare to be in the habitat of so many large predators in North America.  Military Macaws nest in El Cielo and we saw a Mot Mot perch briefly in a tree before flitting away into a bank of fog.  Mot mots are an interesting tropical bird, sometimes referred to as ‘pajaro del reloj’ for the resemblance of their long tails to pendulums in old grandfather clocks.  I visited a cave with large clear pools of water and dripping stalactites that shelters vampire bats. Hiding under rocks and leaves are an abundance of interesting arthropods, giant millipedes are common.  I found a dead specimen of one of the world’s strangest arachnids, an animal known as the vinegaroon.  Vinegaroons look mainly like scorpions except for delicate whip-like tails without stingers.  Instead of stinging vinegaroons squirt a stream of acid into the eyes of would-be attackers.

The park is also home to extensive karst formations that filter the local rain and supply delicious drinking water for the park’s inhabitants.  There are even caves where the rare blind Mexican Tetra (Astyanax mexicanus) a fish adapted to the subterranean dark lives.  The form of fish living in caves is whitish but not technically albino.  Without the use of eyes, the fish navigates with a lateral line system, sensing slight differences in water pressure.

There are at least 255 species of resident birds in El Cielo and more than 175 migrants have been recorded in the reserve.  There are also 81 reptile and amphibian species and 40 types of bats, according to a pamphlet written by Alejandra Sosa Florescano.  Reptiles include dangerous snakes like the neotropical rattlesnake, the coral snake and the lancehead. There is an alligator lizard adapted to living in trees that can be found in El Cielo as well as throughout the Sierra Madre Oriental.

Continuing the weird mash-up of tropical and temperate mammal species resulting from such a far north tropical forest, small cat species are all over the map.  Bobcats share El Cielo with Margays, ocelots and jaguarundi. White Tailed deer live in the park as well as the more typically tropical Red Brocket Deer. The ubiquitous raccoon lives in El Cielo as well as the hooded skunk, a species at the northern edge of its range in the southwestern United States.

Trees range from Mexican Maple, Mexican Yew and Mexican Beech to the more obviously tropical species like the beautiful magnolia.  For those like me who are used to seeing maples on in the far north, seeing one in the tropics is exciting.

Part of the reason for the amazing array of species in El Cielo is the elevation gradient.  The park is full of mountains and hills, half of the reserve being made up by the Cucharas Mountains and ranging in elevation from about 660 feet above sea level to 7,500 feet.  Being in the northern range of the tropics where species from North America as well as species originating further south also adds a dimension to the assemblage of species in El Cielo.

El Cielo is also part of a migration corridor.  Monarch Butterflies rest in El Cielo on their yearly trip to wintering grounds further south in Mexico, near Mexico City.  The Central Flyway birds in North America use for migration also extends into this part of Mexico.

El Cielo was protected relatively late. From 1900 to the 1930s, the area was under an intensively managed forestry program.  In 1935, a Canadian farmer named John William Francis Harrison created a homestead in what is now El Cielo Biosphere Reserve.  In 1965 Harrison along with Juan Fidel Zorrilla and Francisco García San Miguel created an institution, El Cielo, S.A., created initially with 25 hectares of land, to study and preserve the important environment of the area.  Harrison was later murdered over a land dispute. Harrison’s homestead is now El Cielo Biological Research Center. In 1975, the Tamaulipas government made El Cielo state park. In 1985, the El Cielo Biosphere Reserve was created and in 1987 El Cielo was recognized by UNESCO.

We spent five nights at El Cielo and went hiking every day, exploring a small amount of the tropical forest.  The place is beautiful but also somewhat perilous.  Besides the more obvious dangers of large predators, there is the overbearing presence of mosquitoes that descend in the evening.  I picked as many as 15 ticks from my body in a day and Erin found a similar amount on herself.  It also rained every night we were there.  It rained hard enough that we tied a tarp over the back of the van to keep water out.  For me, the hardships highlight the wildness of the place and accentuate its beauty.  You know a place better if you know its nastier moods.