The U.S. plays a major role in the illegal tiger trade • Earth.com 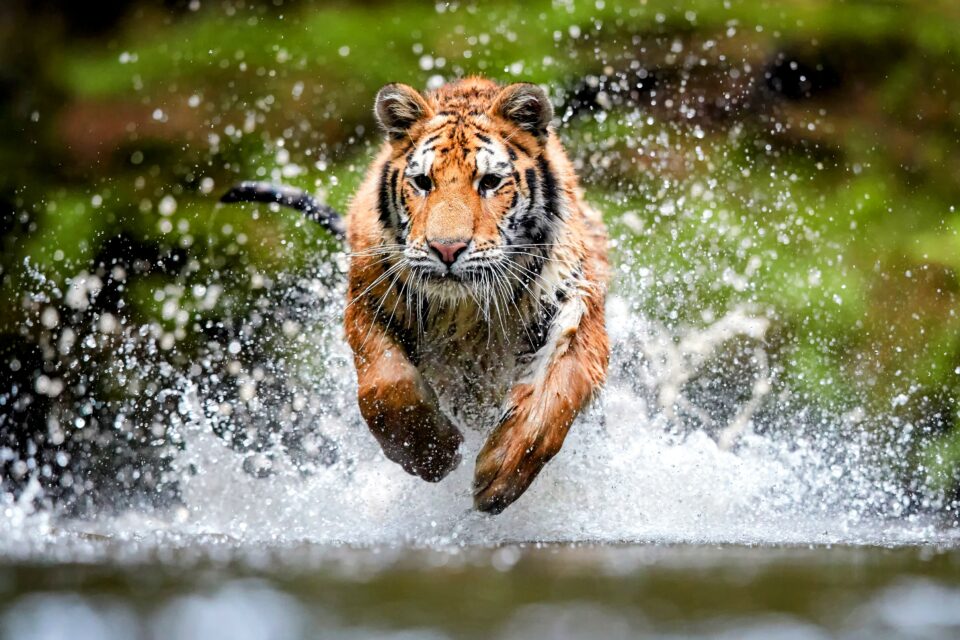 The U.S. plays a major role in the illegal tiger trade

New research led by the University of Columbia and the Wild Tiger non-profit organization has found that the United States plays a much greater role in illegal tiger parts trade than previously thought. While most of the studies on tiger trafficking patterns focused on 13 Asian countries, the new findings show that the United States was responsible for almost half of the global illegal tiger trade between 2003 and 2012.

Tigers are an endangered species, with less than 5,000 specimens estimated to remain in the wild. Illegal trade in tiger parts (mostly for medicinal purposes) plays a significant role in threatening tiger populations worldwide.

While China has been and remains the main destination and consumer of tiger parts, data from the U.S. Fish and Wildlife Services shows that the United States’ import seizures of tiger parts between 2003 and 2012 represented a staggering 46.8 percent of total global seizures.

“People in the U.S. have this false notion that the illegal trade in tiger parts is half a world away. In reality, we in the U.S. are involved in and driving a large portion of the illegal trade,” said study lead author Sarika Khanwilkar, a Ph.D. candidate at Columbia University and the founder of the non-profit organization Wild Tiger. “This research is a step to better understand the role of the U.S. in the global tiger trade, which will improve policy and enforcement and direct future research efforts.”

According to Khanwilkar and her colleagues, there were 292 seizures of tiger parts illegally entering the United States between 203 and 2012, the majority of them being imported from China (34.2 percent) and Vietnam (29.5 percent). However, since the use of digital platforms to trade illegal wildlife products has increased, and economic prosperity has expanded demand, the current study may underestimate the full scale of illegal tiger parts trafficking in the United States.

In order to better monitor the source and trafficking routes of tiger parts, the researchers propose enhancing detection efforts in main hotspots for illegal tiger imports such as San Francisco, Dallas, and Atlanta. They also recommend using forensic DNA analysis to determine the origin and source (wild or captive) of the tiger parts and thus help providing guidance on where to focus conservation and enforcement efforts.