Thinking twice about your grocery shopping can reduce emissions • 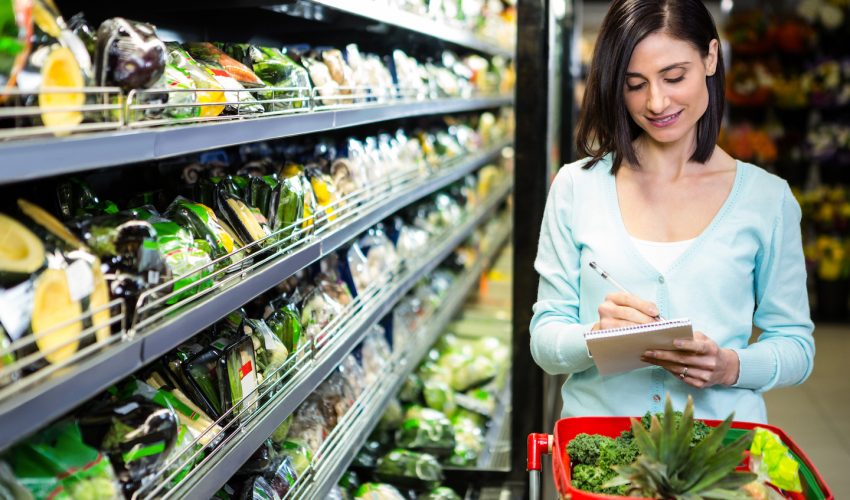 Thinking twice about your grocery shopping can reduce emissions

Thinking twice about your grocery shopping can reduce emissions. Eating less red meat is often cited as one of the many ways people can reduce their carbon footprints and help decrease the world’s carbon emissions.

As we’ve reported, methane from cows and the emissions from the beef industry, from raising livestock to processing meat, are a major source of greenhouse gases.

However, what is less understood is how dietary changes and purchasing low carbon food choices can reduce emissions and help mitigate climate change.

Researchers from the UConn Rudd Center, the Zwick Center, Tufts University, the University of Missouri, and the U.S. Department of Agriculture’s Economic Research Service sought to correct this and conducted an in-depth investigation into how food purchases impact carbon emissions.

The results, published in the journal Food Policy, provide one of the most comprehensive estimates of greenhouse gas emissions generated by food purchases from U.S consumers.

The study found that purchasing and consuming less meat could have a significant impact on reducing emissions.

“We found that households that spend more of their weekly food budget on beef, chicken, pork and other meats are generating more greenhouse gas emissions. Our study shows that encouraging consumers to make food choices that are lower in greenhouse gas emissions can make a real difference addressing climate change,” said Rebecca Boehm, the study’s lead author.

The researchers collected data on food purchases in the United States and used this to calculate greenhouse gas emissions from every stage of food production and distribution.

After completing their calculations, the researchers found that meat industries produce the largest amount of emissions compared to other food production.  However, even though beef, pork, and other red meat generated 21 percent of emissions from grocery spending, dairy products only accounted for seven percent.

Those households that had the highest amount of greenhouse gas emissions from food purchases also had more resources and higher incomes.

“It’s striking that many of the opportunities for environmentally-friendly dietary changes are with the households that have the most resources,” said Sean B. Cash, senior author of the study. “Changes in food consumption in these households could reduce greenhouse gases by a disproportionate amount.”

The study shows how food purchases, distribution, and production impact greenhouse gas emissions and shows that reducing red meat consumption is an easy way to lower a household’s carbon footprint.

“For the first time, our study shows the association between the greenhouse gas emissions generated by the food system, household food spending patterns, and sociodemographic characteristics,” said Boehm. “These findings can inform the debate on which diets and food spending patterns can best mitigate greenhouse gas emissions from the food system while informing educational efforts to encourage low-carbon diets among the U.S. population.”Thinking twice about your grocery shopping can reduce emissions