Thousands of tigers have been trafficked since 2000, report shows • Earth.com 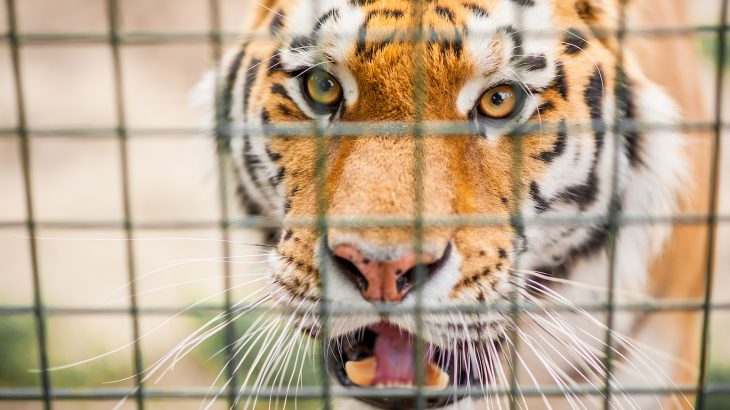 Thousands of tigers have been trafficked since 2000, report shows

From 2000 to 2018, an estimated 2,359 tigers were killed and illegally trafficked worldwide, according to a new analysis.

The report is the fourth in a series that was conducted by the conservation group TRAFFIC, which focuses on sustainable management of wildlife trade.

Of the more than 2,300 tigers that were trafficked since the start of the millenium, there were 1,142 seizure incidents, a rate of more than two per week.

95 percent of the seizures happened in countries where the tigers’ native habitats are located. Tigers are caught, put into captivity, or killed, and tiger skins are the single most popular tiger part seized.

According to the report, each year around 58 whole tiger skins are seized and there has been an increase in seizures for both live and dead animals.

“Seizures of tigers from captive facilities continue and serve as a stark reminder that such facilities seriously undermine conservation efforts to safeguard this species and provide opportunities for laundering and other illegal activities,” said Ramacandra Wong, a senior TRAFFIC crime analyst.

There has been little reprieve for the tigers and each new report shows an alarming trend in the trafficking of the species.

Although global tiger populations are somewhat creeping upward after hitting a record low of 3,200 in 2010, there are still fewer than 4,000 tigers in the wild.

Every tiger counts when it comes to recovery, but the demand for tiger parts and live tigers could jeopardize the species’ growth. In 1900, there were more than 100,000 tigers in the wild.

“This pernicious trafficking, evidenced by the continuously high number of whole skins, whole animals – both dead and alive – and bones is a testament to the ongoing demand for tiger parts,” said Kanitha Krishnasamy, an author of the report. “The time for talking is over: words must be turned into action to prevent further tiger loss.”

The report was released on Tuesday coinciding with the Convention on International Trade in Endangered Species currently underway in Geneva.