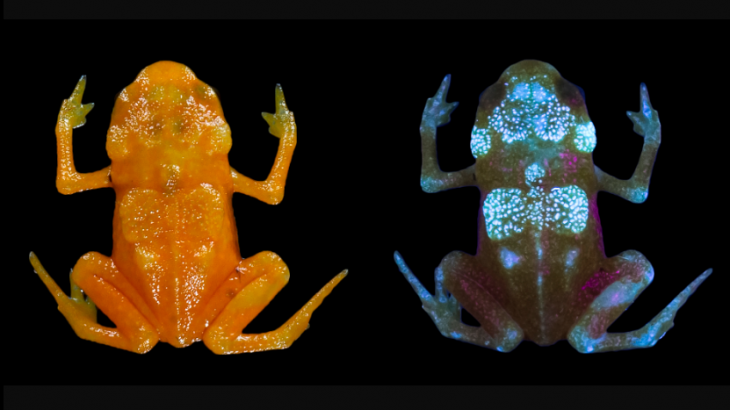 Pumpkin toadlets are colorful miniature frogs that live in the Brazilian Atlantic, but now researchers have discovered that these frogs are fluorescent.

In a new study, published in the journal Scientific Reports, researchers led by New York University Abu Dhabi describe fluorescent patterns on the Pumpkin toadlet’s back and head, theorizing that these markings may help attract mates.

The researchers were studying the toadlets during mating season and the sounds they made. It was soon discovered that the frog couldn’t hear its own mating calls and so the researchers tried to find other visual cues that the frog might use for mating.

After viewing the frogs under an ultraviolet lamp, a series of small bony plates located on the back and head started glowing under the skin. 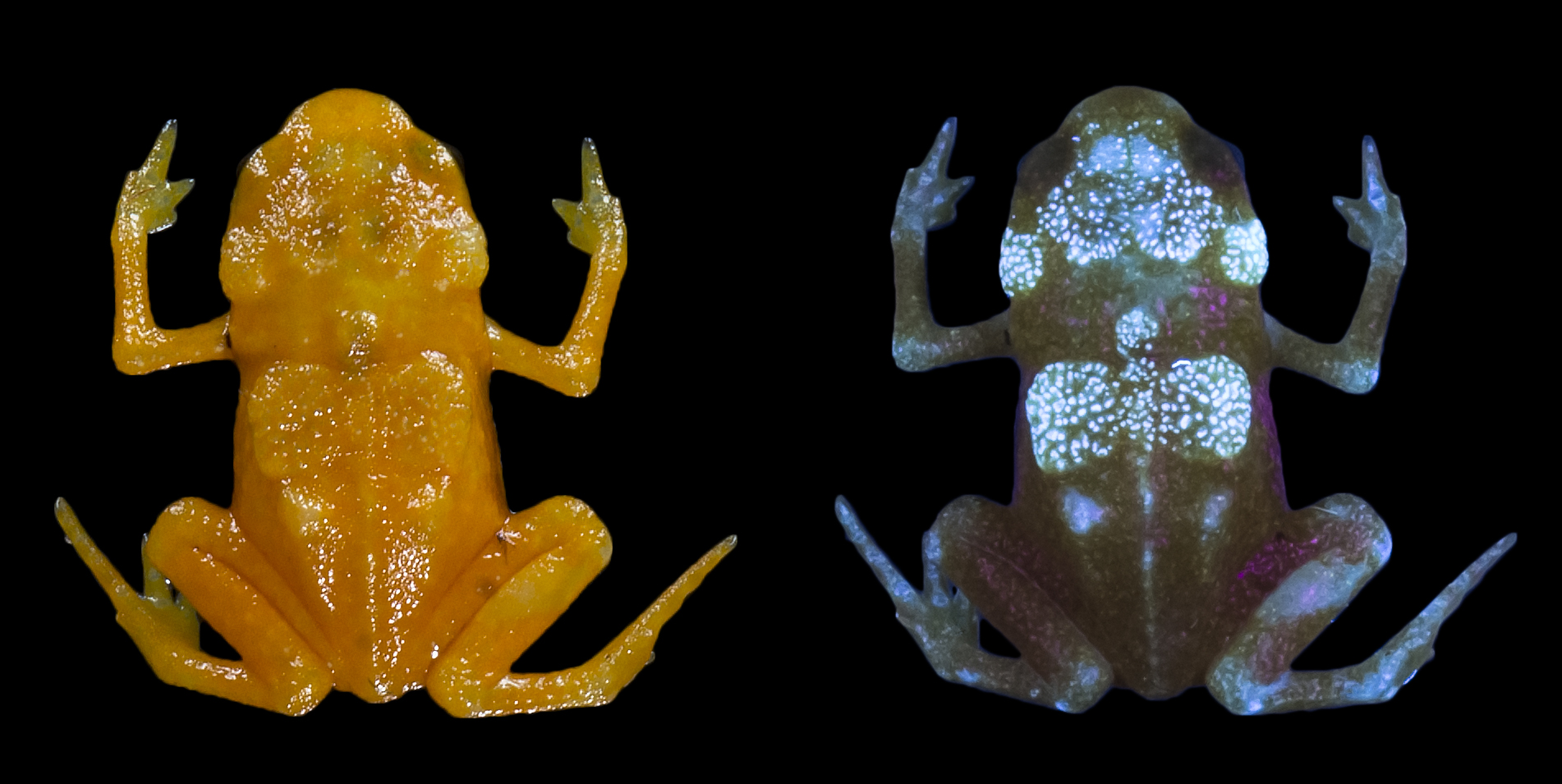 The fluorescence is only visible in areas where the skin is extremely thin even though the frog’s whole skeleton is fluorescent. Once ultraviolet light passes through the frog, its skeleton reflects fluorescent light, and the bones under the thin skin appear bluish-white.

The researchers are not sure exactly what purpose this fluorescence serves and say future research is required to explore these visual cues better.

“The fluorescent patterns are only visible to the human eye under a UV lamp. In nature, if they were visible to other animals, they could be used as intra-specific communication signals or as reinforcement of their aposematic coloration, warning potential predators of their toxicity,” said Sandra Goutte, the leader of the study. “However, more research on the behavior of these frogs and their predators is needed to pinpoint the potential function of this unique luminescence.”