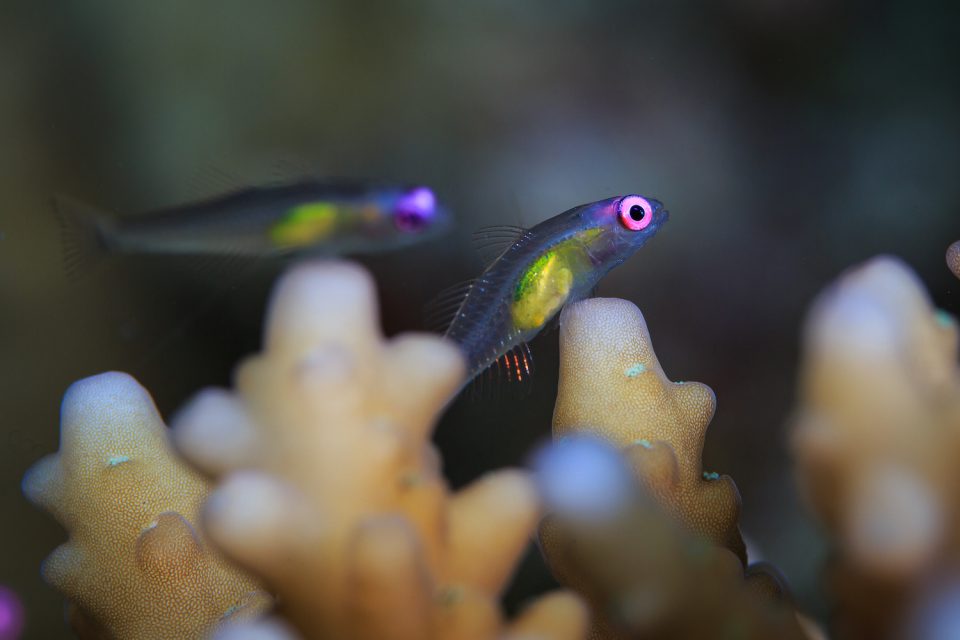 Coral reefs are usually found thriving in waters that are low in nutrients, and a new study may explain how they manage to support an abundance of life in such challenging conditions. Researchers at the Smithsonian’s Tennenbaum Marine Observatories Network have identified tiny, bottom-dwelling creatures known as cryptobenthic fish as a major driver of coral ecosystems.

According to the study, these fish constantly replenish their populations in a rapid cycle of life and death, providing nearly 60 percent of the food for the other reef fish.

“Scientists have puzzled over coral reefs for centuries, wondering how such productive, diverse ecosystems survive in what is essentially a marine desert,” said study lead author Simon Brandl. “It’s remarkable to find that these tiny, almost universally overlooked fishes actually serve as the cornerstone of coral-reef fish communities.”

Cryptobenthic reef fish include gobies, blennies, and cardinalfish. They are the smallest of all marine vertebrates, with the tiniest measuring less than an inch and weighing nearly nothing.

The cryptobenthic fish are eaten in large quantities within a few weeks of their birth, yet their populations somehow manage to thrive. The researchers studied the larvae of reef fishes to get a better idea of how this is possible. They developed a population model and reviewed decades of data on coral-reef fish larvae.

The experts found that, while the larvae of most fish species are cast off into the open ocean where only a few survive, cryptobenthic fish use a different strategy.

Cryptobenthic larvae remain close to the reefs of their parents, resulting in many more surviving offspring. The babies can rapidly replace cryptobenthic fish consumed on the reef, supporting the growth of larger reef fishes.

“We found that cryptobenthic fish larvae absolutely dominate the larval-fish communities near reefs, which provides a continuous stream of new generations of tiny fish as a food source for other reef creatures,” said study co-author Carole Baldwin. “It’s incredible that these fishes contribute so much to coral reefs. They’re so small that historically we haven’t recognized their enormous significance.”