10,000 tons of plastic trash dumped in the Great Lakes each year • Earth.com 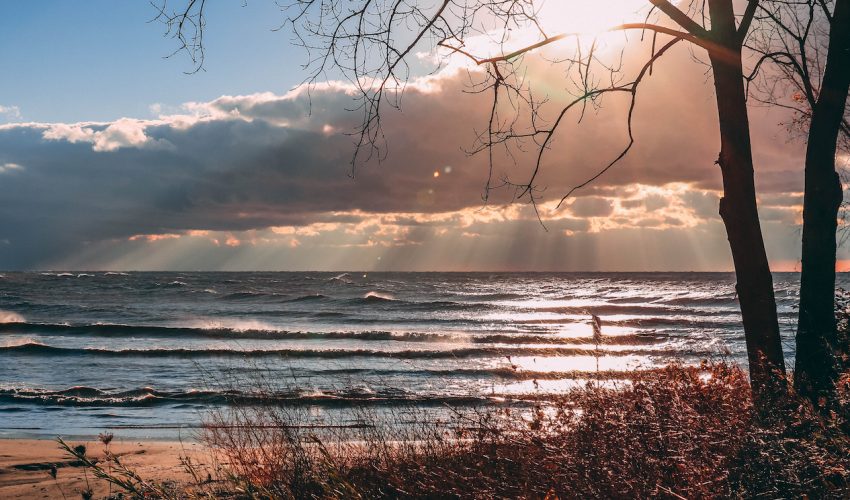 10,000 tons of plastic trash dumped in the Great Lakes each year

After recent reports that over eight million tons of plastic enter the worlds ocean every year, efforts to combat the plastic pollution crisis have been on the rise.

From cities working to eliminate plastic bags from supermarkets to the recent announcement that the global coffee chain Starbucks will phase out all plastic straws by 2020, it seems more and more people are working to combat the dangers of plastic pollution in our waterways.

However, these cleanup efforts often target the ocean and there is far less is known about how much plastic is entering and polluting freshwater lakes and rivers.

One study found that microplastic particles were present in tap water that was drawn from the Great Lakes in North America.

This means that plastic pollution could be just as pervasive and damaging in the crucial habitats of the Great Lakes as it is in the world’s oceans. But how do we estimate how much plastic is entering the lakes, where it comes from, and where it accumulates?

Matthew J. Hoffman, an associate professor of Mathematical Sciences at the Rochester Institute of Technology used the calculations from the ocean plastic study and applied this to the Great Lakes.

According to The Conversation, Hoffman’s estimates show that an estimated 10,000 tons of plastic enter the Great Lakes every year. Conversation author Chrissy Tyler worked with Hoffman to create simulations showing where the Great Lakes plastic accumulates, how it moves, and how it impacts freshwater wildlife.

The researchers used similar computational methods used to map the movement of ocean plastic pollution to predict how large quantities of plastic would accumulate in Lake Erie, the 4th largest of the all the Great Lakes.

What Hoffman and Tyler found was that unlike ocean plastic accumulation, the water currents and strong winds of Lake Erie would break up large patches of plastic and keep the plastic pollution moving.

Much of any plastic in the Great Lakes would likely end up on the shores, and previous cleanup efforts have removed 16 tons of plastic on the beaches of the Great Lakes, showing that the simulations are accurate.

The researchers also estimate that in regards to microplastic, currently four tons of microplastic is polluting Lake Erie and threatening its ecosystem.

Three-dimensional distribution models also show that a portion of the plastic pollution in the Great Lakes will sink to the bottom.

“According to our initial simulations, much of the plastic is expected to sink. This prediction is supported by sediment samples collected from the bottom of the Great Lakes, which can contain high concentrations of plastic,” the authors wrote.

Understanding how plastic accumulates, travels, breaks up, and impacts wildlife is crucial for cleanup efforts. These recent projections prove that the Great Lakes and other major water sources besides than the ocean need to be considered in the conversation about plastic pollution.

“Developing a complete picture of how plastic pollution travels through waterways, and which habitats are most at risk, is crucial for conceiving and testing possible solutions,” wrote Hoffman and Tyler. “With this information, government agencies and conservation groups can develop specific community education programs, target cleanup efforts and work with industries to develop alternatives to products that contain these materials.”