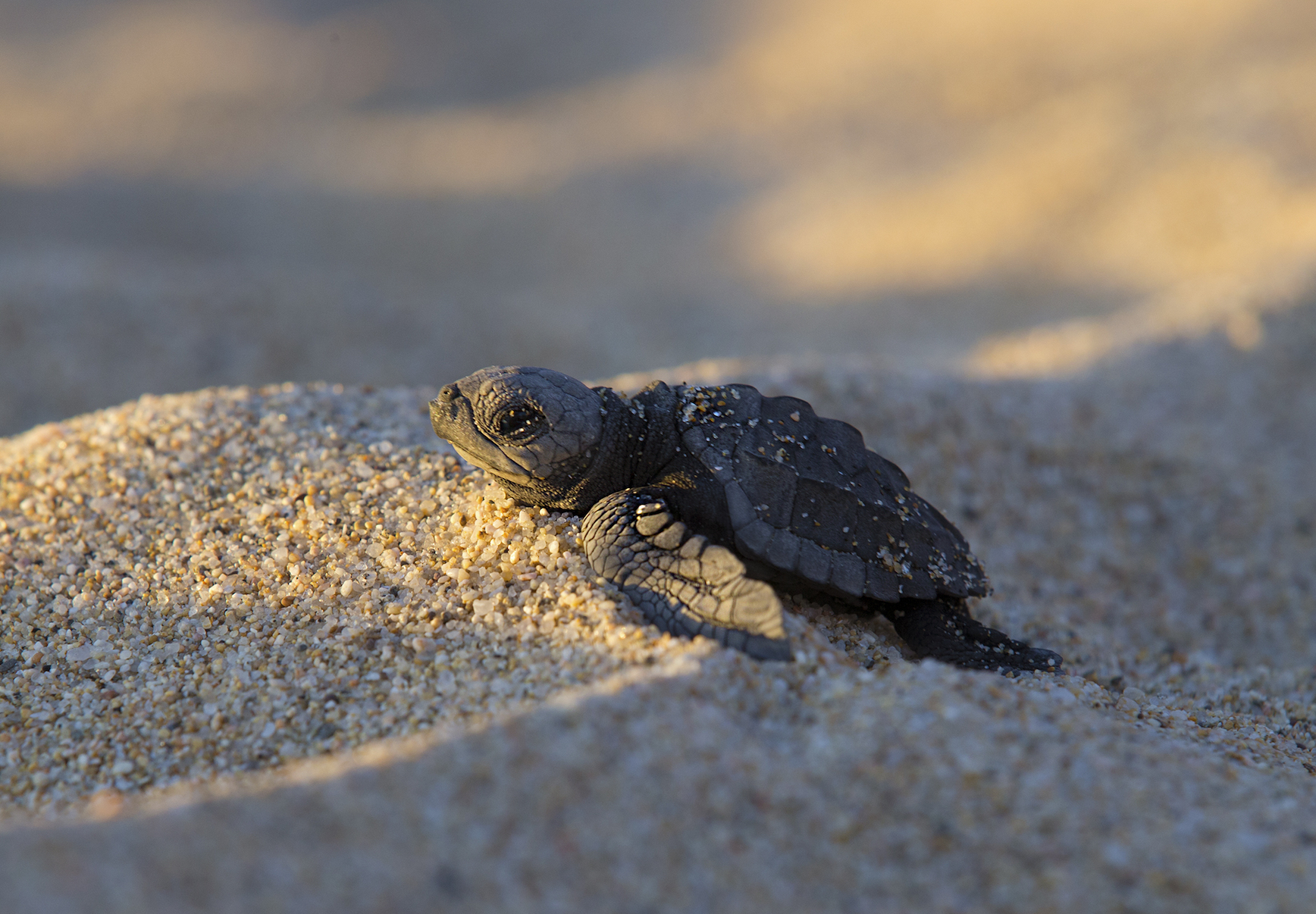 Light is an important navigation tool for sea turtles. But human interference through artificial light threatens to distort sea turtles’ ability to navigate and survive.

When newborn sea turtles first hatch on the beach they will stay beneath the sand and wait to emerge until nighttime after the temperature has cooled down, according to the Florida Fish and Wildlife Conservation Commission.

Hatchlings will instinctively move towards the brightest area, which would naturally be the ocean, glowing from the reflection of the night sky. In an era of rapid human expansion, this is often not the case. Turtles may mistakenly follow the light shining from street lights and buildings where they are at an increased risk of mortality from fatigue, predation, dehydration, and collision with vehicles.

Light pollution may also impact mother sea turtles as they attempt to nest. In 2014, a loggerhead turtle looking to nest became disoriented by lights from a nearby condo and wandering into a street where she was struck and killed by a vehicle. Mothers may also refuse to nest on beaches where there are high levels of light pollution making it more difficult for her to successfully nest.

Similar to the glow of artificial lights, the scale of this problem is wide-reaching. It is estimated that millions of sea turtle hatchlings die as a result of light pollution every year in Florida alone. Sea turtles are considered among the world’s most imperiled wildlife and six of the seven species are at risk of extinction.

Despite the dire state of the world’s sea turtles, light pollution is becoming increasingly more prevalent. A 2019 study found that less than one-third of the world’s Key Biodiversity Areas have completely pristine night skies and around one-half lie entirely under artificially bright skies.

Light pollution may be especially exacerbated near coastal destinations where tourists flock to visit sea turtles in person. Although many tourists likely visit sea turtles for altruistic reasons, the boom of this industry encourages increased development along shorelines. With urbanization comes lights from hotels, condos, restaurants, street lights and vehicles.

Compounding the issue further is the fact that many sea turtles hatch during the peak tourist season of summer and early fall.

Researchers examining the effect of tourism on sea turtle conservation on the island of Sal, Cape Verde Islands found a marked increase in the percentage of nests that needed to be moved each year due to light pollution. At one popular tourist spot, all of the sea turtle nests needed to be moved for two consecutive years.

In the United States, sea turtle tourism is prevalent in Florida, the home to over 90% of all sea turtle nesting in the continental United States and the largest population of loggerheads in the Western Hemisphere.

As an ecologically significant sea turtle hot-spot, the government and conservation groups have worked to control the state’s light pollution. These programs look to use the latest technology to mitigate the glow of artificial lights or simply encourage private properties to use less light altogether. To date, at least 82 municipalities in Florida have adopted lighting ordinances to regulate artificial lighting.

Mitigating light pollution can be an opportunity for the tourism sector to attract eco-conscious travelers and create a cozy and intimate environment by using soft lighting and candles at night.

Tourists can help encourage sustainable tourism by enquiring about light pollution before booking a stay at a coastal hotel. Additionally, local governments should not wait on private businesses to address light pollution and should designate priority areas for sea turtle conservation and adopt lighting ordinances.