Why toxic algae blooms can be fatal for dogs • Earth.com 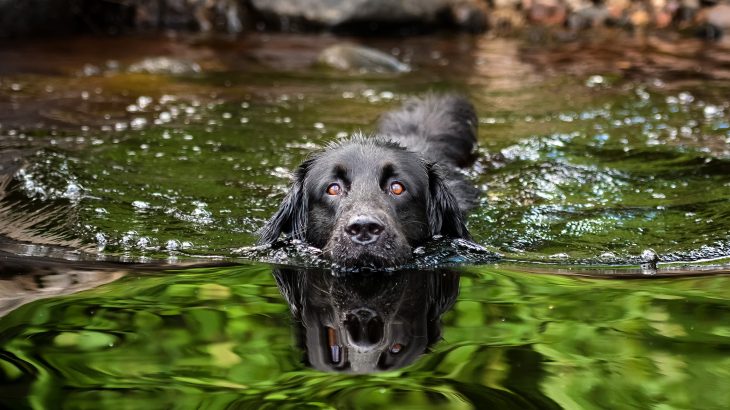 Why toxic algae blooms can be fatal for dogs

A couple in North Carolina lost all three of their dogs last week after a visit to a local pond turned fatal. The culprit was toxic blue-green algae.

For many dogs, nothing beats a good swim in a lake or river. It’s also an excellent way to cool off, especially during the hot summer days. The problem is that freshwater is prone to algae blooms as temperatures rise and heavy rains cause fertilizer runoff.

Toxic blue-green algae poisoning can cause serious health problems for both humans and animals. Dogs easily ingest pieces of algae floating on the water, which is why exposure is so dangerous.

Pet owners in the southeastern United States are being warned to stay away from algae blooms, and swimming bans are in place all along the Mississippi coast, according to the New York Times.

Harmful algal blooms occur when algae in freshwater grow out of control. High temperatures, stagnant water, high levels of nutrients usually from agricultural runoff carried by heavy rains all create the perfect conditions for algae to thrive and spread.

Some of these blooms produce harmful bacteria like cyanobacteria.

Even though people the southeast are on high alert, harmful algal blooms can happen anywhere in the US, according to the Environmental Protection Agency.

If you see floating soapy foam or a swath of scum on the surface of a pool of water, it’s likely a bloom which can range from blue, green, and even red in color.

Algal blooms produce a strong unpleasant odor to humans, but dogs are unphased.

Stay vigilant with your pet on walks and keep them away from water if you suspect a bloom. If you think your dog was exposed, rinse them off immediately and watch for symptoms of poisoning, which can appear as soon as 15 minutes after exposure.

“It happens every single year in the U.S. and around the world,” Val Beasley, a professor of veterinary, wildlife and ecological toxicology sciences at Pennsylvania State University, told the New York Times. “A lot of times, the neurotoxins will kill the animal before they can get to the veterinarian. This time of year is when you have the most numbers of cases and people are out and about with their animals and the conditions are ripe for the cyanobacteria to grow.”