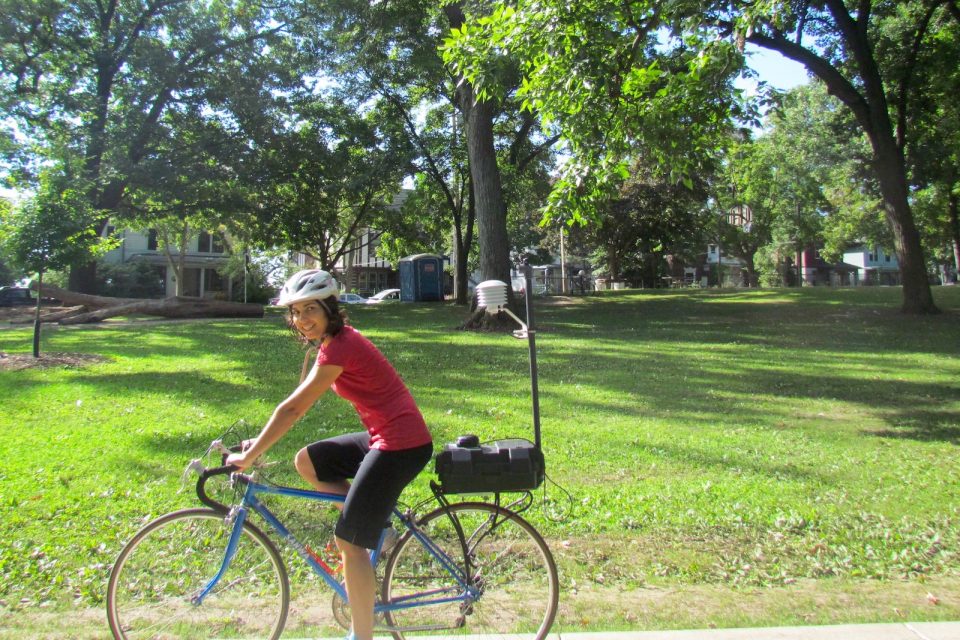 The benefits of urban green spaces go far beyond just helping spruce up a city neighborhood. Research has shown that urban green spaces can help guard against mental decline, improve overall health and wellbeing, and help mitigate the impacts of exposure to CO2 emissions.

Now, a new study has found that tree cover can help combat the “urban heat island” effect where human activities, vast stretches of blacktop and concrete, and an increase in emissions cause cities to be significantly warmer than surrounding rural areas.

Researchers from the University of Madison conducted an extensive study examining how tree cover impacts city temperatures on a block by black basis.

Enough tree cover can reduce daytime summer temperatures by as much as 10 degrees Fahrenheit, and as summer temperatures are getting more extreme in cities across the world, it will become increasingly important to find sustainable and green solutions to help keep areas cool.

“We knew that cities are warmer than the surrounding countryside, but we found that temperatures vary just as much within cities. Keeping temperatures more comfortable on hot summer days can make a big difference for those of us who live and work there,” said Monica Turner, the co-author of the study.

The solution to this problem was rather unique. Carly Ziter, the lead author of the study, attached air temperature sensors to a bike and rode all around the city of Madison, Wisconsin in the summer of 2016, capturing air temperature readings every second. Ziter biked across ten different transects of the city.

The data showed that the “heat island effect” is more like a “heat archipelago” where patches of the city are hotter than others due to lack of shade.

The researchers analyzed the data and found that tree cover exceeding 40 percent or more was required to reap the maximum cooling benefits.

Once that 40 percent threshold was crossed, air temperature was significantly cooler compared to other less shady areas.

Unfortunately, the researchers say that it’s not just enough to go out and plant more trees, but that city planners need to carefully consider which areas will benefit most from more trees and which areas can easily expand to include more tree cover.