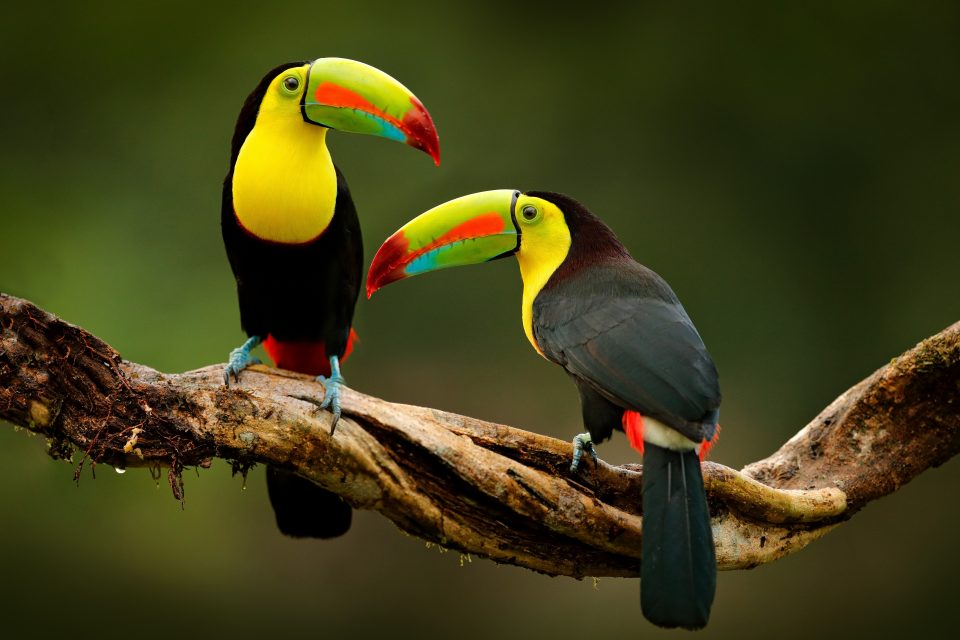 As global warming continues at an uncertain pace, scientists have been investigating the capacity for animals all over the world to adapt to heat stress. There is concern regarding tropical species, in particular, because they are used to living in a relatively stable thermal environment.

But now, in the first study of its kind, researchers at the University of Illinois report that birds in both temperate and tropical regions have a much higher tolerance for acute heat stress than what was previously realized.

“In terms of their thermal physiology, a lot of these birds, including tropical species, can tolerate temperatures that are a lot higher than what they experience in their daily lives,” said study first author Henry Pollock.

“That was surprising because tropical ectotherms, such as insects, have been shown to be extremely vulnerable to climate warming. We’re just not seeing the same things in birds. It is somewhat encouraging.”

While the research indicates that tropical birds can adapt and survive in a warmer world, it is too soon to tell how these species will respond to a rapidly changing environment.

“It’s not necessarily comforting news. If someone walked away from this thinking tropical birds are going to do fine because they’re not going to overheat, that would be a simplistic bottom line to take away from this paper,” said study co-author Professor Jeff Brawn.

“Warming is likely to affect tropical birds indirectly, by impacting their resources, the structure of tropical forests. So they may not be flying around panting, suffering from heat exhaustion, but there may be more indirect effects.”

The research was focused on 81 bird species from Panama and South Carolina who were exposed to rising temperatures in field labs. The team used tiny sensors to detect the internal body temperatures and the metabolic rates of the birds.

While the temperate birds from South Carolina were found to have a higher average heat tolerance, tropical birds from Panama handled the heat much better than expected.

Among all of the species, doves and pigeons had the greatest resistance to heat stress by taking advantage of their unique ability to sweat. According to Pollock, these birds actually exceeded the limits of the testing equipment.

“This is the first geographic comparison ever for birds. We need more data from more sites and studies of chronic heat stress over longer periods of time. But I think at the very least, what we can say is that they’re able to tolerate higher temperatures than I think anybody expected,” said Pollock.

“We’re just starting to scratch the surface of what we need to do to really understand how climate change is going to affect birds,” concluded Professor Brawn. “But this is an important first step.”