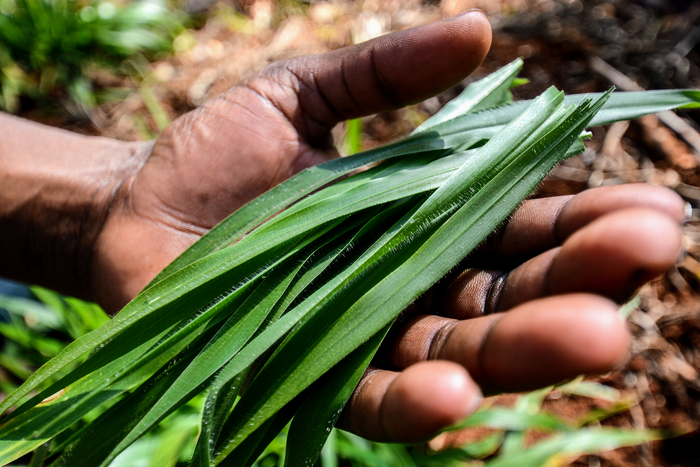 The report of the Intergovernmental Panel on Climate Change (IPCC) was released on April 4, 2022, and it suggests that, while some countries are on track to meet their carbon emission commitments, the world is not on track to limit global warming to the 1.5oC level. Jacobo Arango, an environmental biologist at the Tropical Forages Program at the Alliance of Bioversity and CIAT, was one of the authors of the report’s chapter on climate change mitigation and he feels there is a lot of scope for agricultural practices to enhance the removal of carbon from the atmosphere in future.

“The agriculture and land-use sector (which includes forestry) has a really invigorating role with this IPCC report,” he said. “It’s not enough only to lower emissions, we also need to actively remove carbon from the atmosphere.”

Although the use of carbon capture technology is an option that will help remove carbon from the atmosphere, or from factory emissions before they are released into the atmosphere, this approach is only being used currently in a total of 18 large-scale units in six countries. These carbon capture and storage (CCU) facilities currently remove 32 million tons of CO2 per year, a far cry from the 100 billion tons required in order to keep the Earth’s temperature increase to below 2oC.

While many people envisage carbon storage in terms of depositing captured CO2 into depleted oil or natural gas fields, or disused underground mines, Arango says that another approach could involve using deep-rooted plants, including those used in livestock grazing, to store carbon 2–3 meters underground in the form of organic matter in the soil (soil carbon).

“If you use the right plants, with a long root system, they can transfer the carbon from the atmosphere into the deep soil layers,” he explained. “Instead of big fancy machines taking carbon out of the atmosphere and injecting it into rock formations, agriculture does that naturally with plants, along with higher food production and other environmental benefits, such as water and biodiversity conservation.”

It is usually understood that plants add carbon into shallow layers of soil (the top 30 centimeters), in the form of dead organic matter, or humus. This carbon is, however, readily returned back to the atmosphere through the process of respiration by bacteria and other soil organisms. Carbon deposited deeper down by plants with long roots has a better chance of being stored for much longer.

“Few countries currently report soil carbon’s climate change mitigation contribution in their national greenhouse gas inventories and the lack of accounting means a vital carbon sink is missed,” Chirinda said, adding that countries need to give accurate account of the carbon added to the soil through mitigation actions such as adopting deep-rooted tropical forages (grasses and other plants grown as food for livestock).

Arango has studied tropical forages, some of which have long roots that deposit carbon deeper down in the soil. In one study in Colombia’s Orinoquía basin, his team was able to sample soil carbon down much deeper than 30 centimeters and establish that it was accumulating at that depth. Based on these findings, the authors of that study hypothesized that the introduction of the tropical pasture grass Brachiaria humidicola, would increase soil carbon accumulation and soil quality through its abundant root system and rapid turnover.

It would also be possible to breed future varieties of tropical forages with deep roots, while still maintaining yields, says Arango. The key to this process would be to use the genetic diversity stored in the brand-new Future Seeds genebank at CIAT’s headquarters outside Palmira, Colombia. This facility is home to about 68,000 accessions of common beans, tropical forages, and cassava, crops that are a vital source of nourishment and income for millions of smallholder farmers across the globe.

“We’re researching varieties with those long roots that play a role in getting carbon down to those deep soil layers, which can still maintain production for farmers,” Arango said, adding that if farmers in Colombia and other parts of the world can be provided with better forages, they would be able to offset the carbon produced by their cattle.

“If we find alternatives to establish livestock production systems that are net-zero or even negative in emissions, they could even sell carbon credits, opening up a new income source for these farmers by participating in the global carbon market.”

Chirinda explained there are many other examples of agricultural practices that either increase carbon uptake or reduce its loss. “There’s agroforestry (growing crops and trees on the same land), silvopastoral systems (including trees in grasslands), reduced or no soil tillage (avoiding soil disturbance), and having soil covered most of the year through practices such as relay and cover cropping,” he said.

All of these practices would be beneficial in terms of capturing and storing carbon that would otherwise be causing harm in the atmosphere.