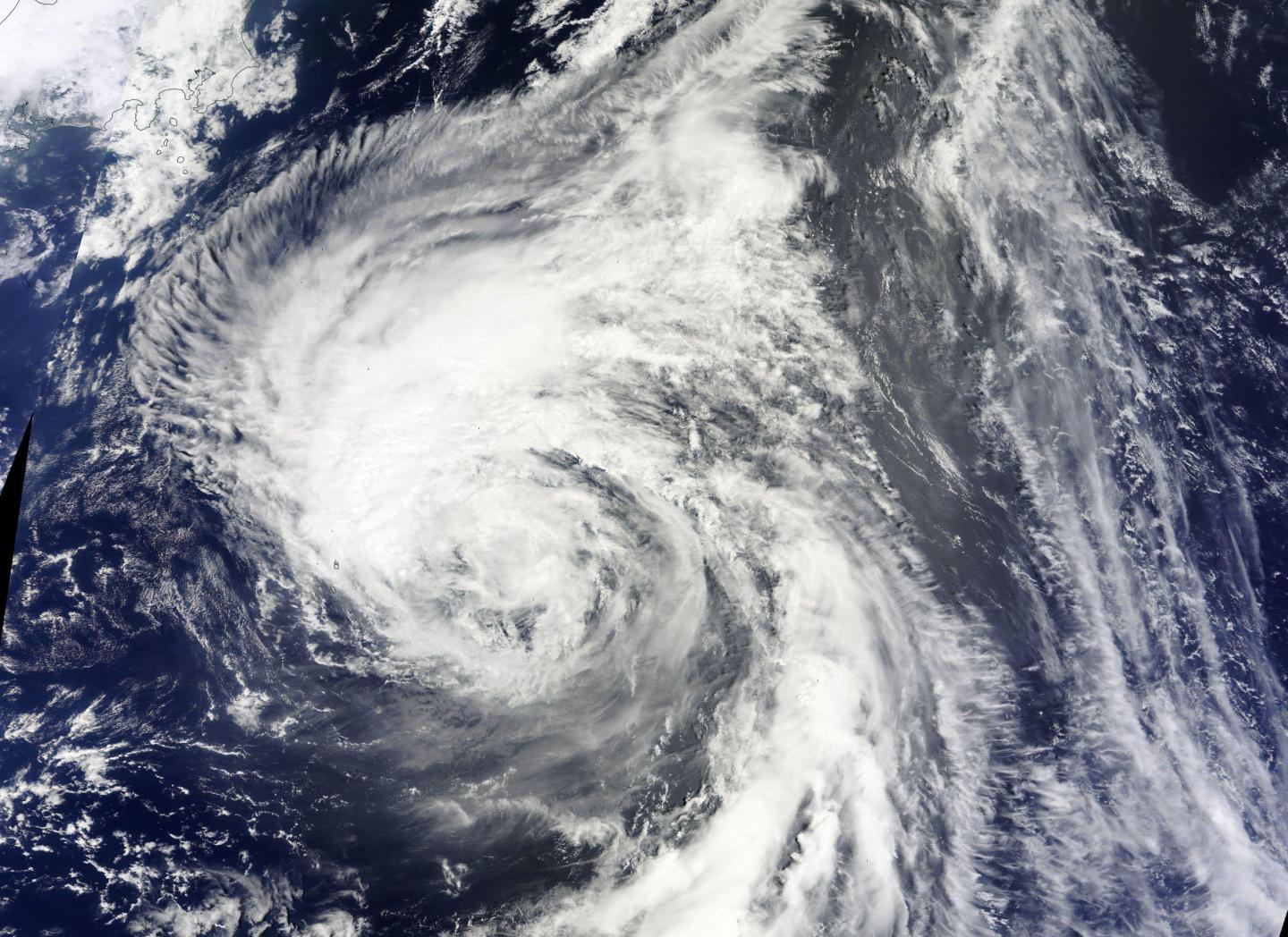 On August 15 the Moderate Resolution Imaging Spectroradiometer aboard NASA’s Terra satellite captured a visible image of Tropical Storm Chanthu when it was east of the big island of Japan. The strongest thunderstorms appeared in a band north and northwest of the center of circulation. Fragmented bands of thunderstorms wrapped into the low-level center from the south and east.

JTWC forecasts Chanthu to track north, and skirt the northeastern coast of the big island, then make landfall on Aug. 17 in south central Hokkaido, Japan’s northern most island.