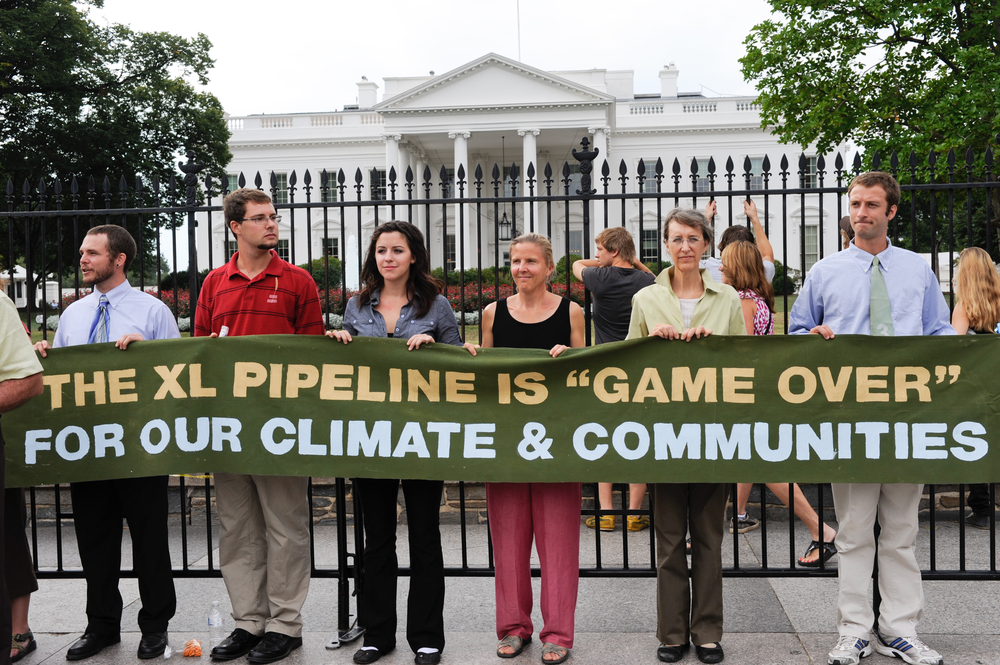 President Trump called himself “an environmentalist” during a Tuesday morning meeting and then signed two executive actions to proceed with the Keystone XL and Dakota Access pipelines (DAPL), a move in direct opposition to environmentalists.

“I am to a large extent an environmentalist. I believe in it, but it’s out of control,” Trump said.

The move was consistent with his campaign rhetoric which dismissed climate change science as a Chinese hoax looking to undercut American industry.

Following through on his campaign promises to gut regulations and slash taxes is indeed in line with his vow to fortify the fossil fuel industry. But for many, the actions prove his environmentalist claims hollow.

“Trump is an environmentalist in the same way that he is a feminist: every action and move he makes is offensive, divisive, and dangerous to the people and places we love, but he pays lip service to what he thinks people want to hear. He’s the only world leader to deny climate change and has actively attacked environmental protections from the moment he walked in the White House door,” Michael Brune, executive director of the Sierra Club told Yahoo News.

Trump signing executive orders to advance construction of the Keystone XL and DAPL is a crushing blow to the Standing Rock Sioux tribe and Native-American tribes from across the nation who spent months braving weather and police harassment protesting the projects last fall.

“Donald Trump has made it clear that his America does not include millions of Americans who fought to protect our land, water, sacred sites and climate from dangerous pipelines,” said Erich Pica, president of Friends of Earth in a statement to Al Jazeera.

Environmental activists who oppose the two pipelines have asked “all New Yorkers who care about the future of our planet,” to march on Manhattan’s Trump Tower at 6PM Tuesday evening. The Facebook announcement of the protest added, “If Trump wants to build pipelines, he’s going to have to go through ALL OF US.”