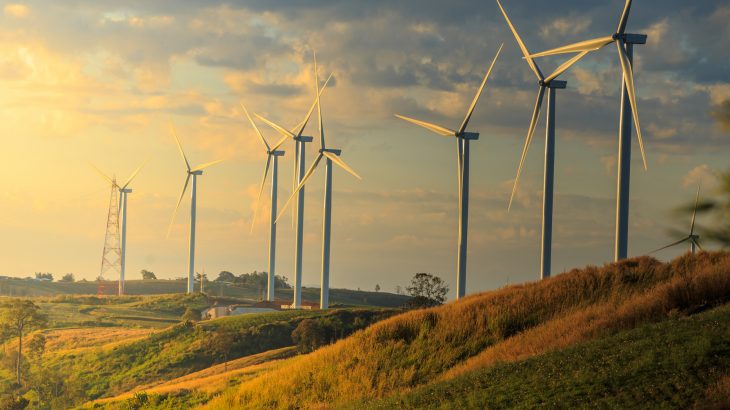 President Trump stirred up controversy after making a bizarre statement against wind turbines during the National Republican Congressional Committee Dinner on Tuesday night.

“If you have a windmill anywhere near your house, congratulations, your house just went down 75% in value,” Trump said during a speech. “And they say the noise causes cancer. You tell me that one, OK?”

The president’s claims are not true, and they caught the attention of Republican Senator Charles Grassley, who is a huge advocate for wind energy and the wind energy tax credit.

On Wednesday, responding to reporters, the Iowa senator said that the comment was “idiotic,” according to the Des Moines Register.

Grassley was also one of 19 senators to sign a bipartisan appeal for more federal wind energy funding.

In the appeal, Grassley along with Senator Jeff Merkley hailed wind energy as an “American Success Story.” Currently, wind energy employs more than 100,000 people, and Iowa has a leader in wind energy in the US.

According to the Iowa Environmental Council, Iowa was the first state to generate over 30 percent of electricity through wind energy.

“Pretty simple. I wish his staff would tell him I’m the father and now the grandfather of wind energy tax credits. I don’t think he knows it, or I don’t think he’d make those comments that aren’t quite appropriate,” Grassley said.

While studies have shown that the sound disturbances from wind turbines can be a source of annoyance and stress to residents who live nearby, there have not been any proven links between cancer or headaches.

Wind turbines do pose a risk to migrating birds and bird populations, and research into these impacts, including possible links to human health impacts are crucial to the advancement of renewables in the United States.