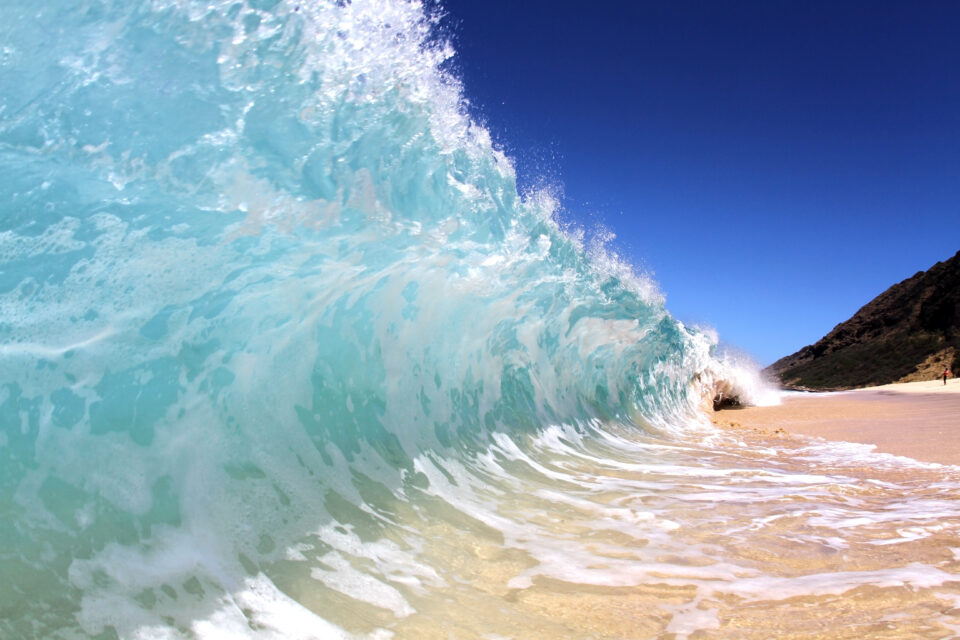 In January 2022, a massive eruption of the Hunga Tonga-Hunga Ha’apai underwater volcano, followed by a tsunami, killed five people and led to large scale destruction in the Tongan archipelago. An international team of researchers led by the University of Bath has now found that the initial tsunami wave created by the eruption reached 90 meters in height – around nine times taller than that from the highly destructive 2011 tsunami that struck Japan.

According to the experts, these findings should act as a wake-up call for international organizations aiming to protect people from similar events in the future, since detection and monitoring systems for volcano-based tsunamis are three decades behind comparable tools used to detect earthquake-based events.

“The Tongan tsunami tragically killed five people and caused large scale destruction, but its effects could have been even greater had the volcano been located closer to human communities. The volcano is located approximately 70 km from the Tongan capital Nuku’alofa – this distance significantly minimized its destructive power,” explained study lead author Mohammad Heidarzadeh, the Secretary-General of the International Tsunami Commission and a senior lecturer of Civil Engineering at the University of Bath.

“This was a gigantic, unique event and one that highlights that internationally we must invest in improving systems to detect volcanic tsunamis as these are currently around 30 years behind the systems we used to monitor for earthquakes. We are under-prepared for volcanic tsunamis.”

By analyzing ocean observation data recordings of atmospheric pressure changes and sea level oscillations, in combination with computer simulations validated by real-world data, Dr. Heidarzadeh and his colleagues discovered that the Tonga tsunami was highly peculiar, with its waves being created not only by the water displaced by the volcanic eruption, but also by enormous atmospheric pressure waves that circled the globe multiple times. Since tsunami warning centers are programmed to detect such events based solely on water displacements, they failed to detect the initial waves created by the atmospheric pressure.

“What is important is to have efficient warning systems, which include both real-time warnings and education on what to do in a case of a tsunami or warning – such systems save lives. In addition, at volcanic areas, monitoring of volcanic activity should be organized, and more high-quality research into volcanic eruptions and areas at hazard is always a good idea,” concluded senior author Jadranka Šepić from the University of Split in Croatia.

The study is published in the journal Ocean Engineering.