How to turn your backyard into a healthy habitat for animals • Earth.com 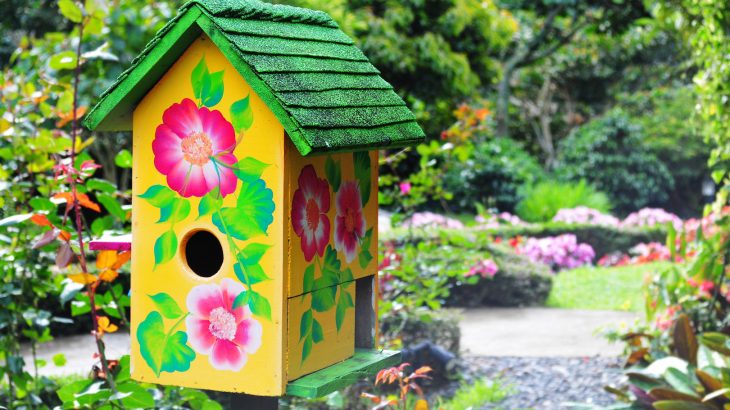 How to turn your backyard into a healthy habitat for animals

One of the best ways to live with wildlife is to leave as much of the natural habitat around your home as undisturbed as possible. Unfortunately for many of us, we live in an already very disturbed environment with little of the complex ecological interactions found in undisturbed areas left intact. Because of this, it often falls on people to restore or reconstruct what they can of a habitat if they want to have the pleasure of wildlife encounters or simply wish to help non-humans.

Water is often an incredibly important resource for animals. Living in the desert as I do, it’s easy to see birds bathing in any small puddle of water. I recently watched a hummingbird cleaning herself and splashing in a thin stream of water coming from the top of a small fountain in my neighborhood. It’s also important to realize that using large amounts of water for pools, artificial streams, or fountains can also fly in the face of common sense water conservation methods.

One option is to collect rainwater, using some of it in pools for wildlife and perhaps even watering a garden, trees or other plants with it. Of course, water collection can go too far. Theoretically someone with hundreds of acres could create a massive personal reservoir that would in turn disrupt the local ecology. Because of this, there are some states with restrictions on how you can collect rainwater. In other areas, the government gives subsidies, encouraging the harvest of precious rainwater. NewsDeeply reported that the city of Tucson, Arizona had given out more than $2 million in rebates to those collecting rain water.

Of course, water isn’t the only resource useful for wildlife or the only factor that creates a habitat. Plants are also very important to most animals. Flowers attract pollinators from bees and butterflies to hummingbirds and even bats. Plants with fruits or tasty leaves also attract a new suite of animals that want to munch in your yard. If you’re not willing to share plants or their fruit with animals, it’s important to protect them in a way that doesn’t hurt wildlife.

Nets over fruit trees or fences around gardens can often accomplish the task. If you’re ok with rabbits, birds, deer or other wildlife eating plants in your garden, it’s helpful to plant native plants that will attract native wildlife. In a recent interview, Denise Gehring of Wild Ones, a non-profit that promotes natural gardening, highlighted the importance of native plants. Native trees support native insects, which in turn can support native birds and other wildlife. This is why it’s also important to not use pesticides in areas you want to attractive wildlife to – it’s not just about birds and larger animals but also about the insects they eat. Besides eating and drinking, animals also find shelter in their natural habitats.

Leaving some sticks fallen from trees and rocks in an area is a start, which provide habitat for invertebrates and other small animals like lizards and snakes. Depending on where you live and your attitude, snakes may be a bigger problem than the benefit of providing habitat to other animals. Small amounts of grass, sticks and other debris may also be used by nesting birds besides being used as habitat in situ. According to Penn State Extension, live trees such as pines provide nesting sites in summer as well as thermal cover in winter.

It’s also possible to directly build homes for many animals. Nest boxes and bird houses are probably the most obvious examples of building homes for animals and that’s a good start. Oregon State University offers instructions on how to do so. It’s surprising how many other animals are willing to live near humans, bats sometimes live in caves but certain species or populations prefer other habitats in which to roost. You can even provide bat houses in your yard, and The National Wildlife Federation has detailed instructions on how to build them.

If you’re concerned about native pollinators such as bees, you can also provide space for them to live. Many native bees are not colonial in the same way that honey bees are, so instead living alone in small holes, they sometimes live in holes inside of human structures. Because of this, you can provide places for mainly harmless native bees to live without attracting something that will swarm and harm humans. Attracting native pollinators has the added benefit of helping plants in your garden and perhaps providing more food for birds or other animals. Modern Farmer has instructions for building a native ‘bee hotel’. Besides the needs for shelter, food and water, Penn State Extension points out that wildlife needs one more thing to thrive – space.

It would be very easy to fill a yard with a clutter of bird houses and man-made ponds surrounded by dense thickets of trees. In the wild though, different animals require different landscapes and the same animal may rely on more than one environment for different things. A forest landscape isn’t simply a collection of old trees and shrubs or bushes that live beneath them combined with animals. Instead, a forest is a patchwork of old trees, barren areas that may have recently been burned turning slowly into meadows. Fallen trees rot and the sunny areas they leave open are filled in with an eruption of different plant life. Newer patches of forest are full of dense clumps of young trees, while older patches are more widely spaced.

The conversion of one eco type to another and another until reaching a mature forest is called ecological succession. Instead of everything in a large forest reaching the mature stage, everything is constantly changing. It is the patchwork of different forest types that provides for an abundance of biodiversity in a healthy forest. Because of this, it’s important to space things out a bit, leave open space and see what happens to It, what grows in the bare patch of dirt will probably be better than anything you could plant. Remember, you’re trying to leave space for other things to come close, the rest is up to the animals themselves.