Save the native bees: Reframing the bee problem • Earth.com 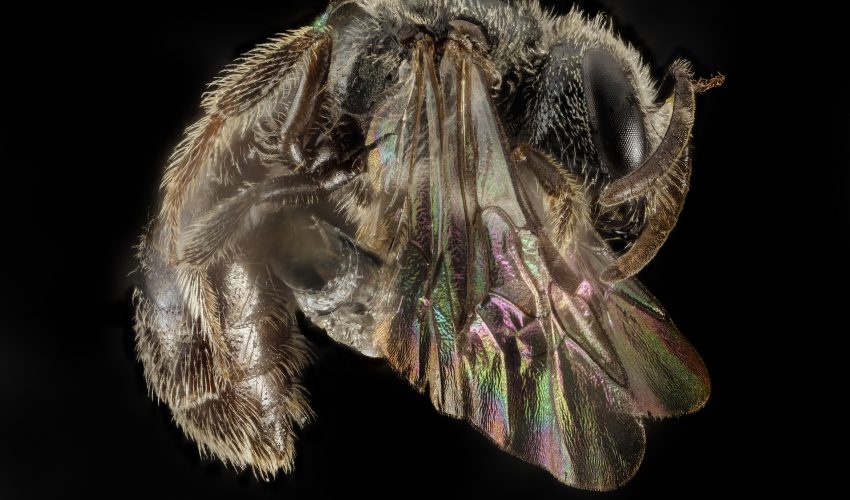 Save the native bees: Reframing the bee problem

Beginning around 2006, readers of the science news sections of mainstream publications were deluged with stories about the decline of honey bees. Since then, the headlines have been a constant lament:

“The Bees Are Dying!” “What Is Killing the Bees?” “A World Without Bees.”

It’s not that these apocalyptic headlines are inaccurate. Something is indeed killing domestic honey bees (Apis mellifera). Colony collapse disorder has created serious problems for apiarists and the farmers who rely on their services. In this phenomenon, entire colonies die out in short order. The causes are still unknown; theories have ranged from infestations of parasitic Varroa mites to cell phone waves to loss of genetic diversity. The increased use of neonicotinoid pesticides in agriculture is currently a leading contender in explaining the honey bee holocaust. In all likelihood, it is a combination of factors.

But, as scientists have been trying to emphasize for decades, to little success on a large scale, colony collapse disorder is more of a catastrophe for humans than it is for the natural world. You see, the bees in question are domesticated. Humans have cultivated bees for honey and for their pollination services for some 9,000 years and have been raised in the United States since at least 1622. Native to Europe and Asia, they’ve also been introduced to South America and Australia as well. Their services as pollinators have been valued at up to $14 billion annually in the U.S.

Hence, one assumes, the hysteria.

Despite the alarming incidence of colony collapse, their population has raised by nearly 50% since World War II, per a 2009 study by the Universidad Nacional del Comahue. The inaccurate framing of the problem as a conservation issue has in fact overshadowed a far more concerning one: the fate of native bees. Aside from the well-known honey bee, there are some 20,000 known species of bee and perhaps another 20,000 yet to be discovered and catalogued. Approximately 4,337 species are native to the U.S. alone. Bees are thought to be the most important pollinators in the world, with 80-90% of plants requiring bee pollination in some ecosystems. And these native bees are under threat, too.

Because these species are less recognizable, due to their often smaller size and smaller numbers, and because their benefits to humans aren’t as well known, the media coverage has been negligible. Even programs like the 2016 Pollinator Partnership Action Plan, which focused on honeybees and monarch butterflies, failed to mention the plight of native bees. This needs to be remedied. Some 50% of native bees in the U.S. are in decline and 40% of pollinators, including bees, are threatened globally according to a 2017 study by the Center for Biological Diversity.

As one would expect, the reasons for this are multitudinous. Interestingly, the introduction of non-native honeybees, as well as that of species like the large earth bumblebee (Bombus terrestris), which is used commercially in greenhouses to pollinate such crops as tomatoes, may actually have contributed to this decline. A 2017 survey of the literature by the University of Florida found that 53% of studies on competition between honey bees and introduced bumblebees, and native bees, reported negative effects for the native bees and a further 19% found mixed positive and negative effects. Honey bees and non-native bumblebees are often more aggressive foragers than natives, forcing the natives to subsist on their leftovers, which is more time-consuming, or to fly further to find appropriate flowers. A 1999 University of Tasmania study found that two species of native bee avoided areas where introduced bumblebees were foraging.

Because introduced honey bees and bumblebees are social and live in sizeable colonies (up to 60,000 in honey bees), in contrast to many native bees, which are solitary or live in small colonies, they are breeding grounds for disease. And they have been demonstrated to be able to transmit those diseases to native bees, as in the case of the U.S. native rusty patched bumblebee, assigned to the endangered species list in 2017. Its decline has been attributed to disease transmitted by domestic bees. Other studies, such as one from the University of Sussex in 2015 and one from the University of Leeds in 2013, share this concern.

Introduced bees are not the only threats to our native species. A 2015 study by Lund University showed that fields of canola planted with seeds treated with neonicotinoid pesticides showed serious drop-offs in wild bee foraging and nesting. And that was just when the seeds were treated. Entire fields of live plants are sprayed with neonicotinoids. One can only imagine the devastation to insect life wreaked by that practice.

Habitat fragmentation and the existence of wide swathes of homogenous crop fields have also contributed to the decline of native bees. The loss of plant species diversity accompanying these phenomena has posed major challenges. Some native bees are specialists; they only pollinate one or two species of plant. In the absence of those species, they cannot subsist.

It’s worth noting, too, that native bees provide invaluable pollination services to agriculture themselves. While honeybees and introduced bumblebees certainly amp up production rates, natives are a major factor in crop success. In fact, a 2001 study showed that native bees could provide full pollination service to organic farms near large patches of wild land. No foreign intervention necessary. So, too, they are essential in maintaining native plant diversity. A 2006 study by Hokkaido University found that native plants showed reduced fruiting capacity when only non-native pollinators were present.

As if being ecological workhorses weren’t enough reason to love them, native bees are stunningly beautiful. This photostream from the USGS Bee Inventory and Monitoring Lab alone should elevate them from being the country cousins of butterflies and honey bees to charismatic microfauna status.