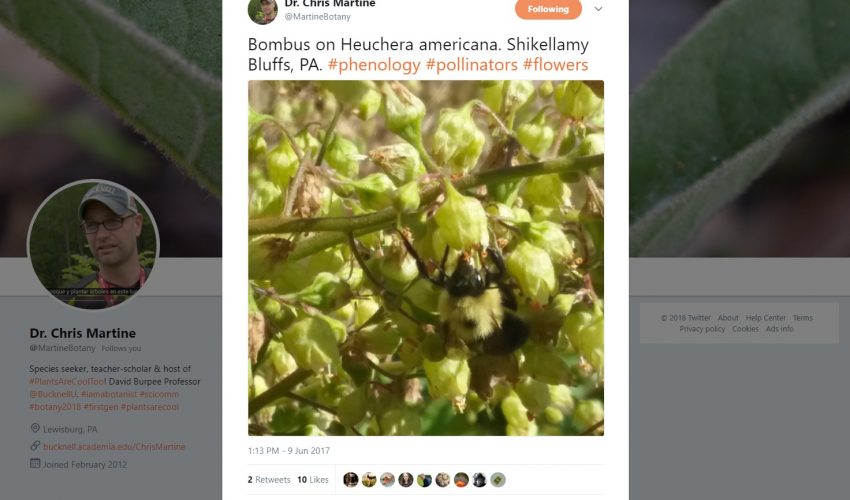 When Twitter isn’t the breeding ground of unique viral stories or contentious political debates, it can actually be a useful tool of productive collaboration. This was on display in an interaction between Bucknell University Professor Chris Martine and his Twitter followers.

While searching for the Pennsylvania state-endangered golden corydalis on steep cliffs this past summer, Martine came across some specimens of what he believed to be Heuchera americana. He took a quick picture of a bumblebee on the plant, and tweeted it out. The interactions spurred by this post led Ryan Folk of the Florida Museum of Natural History to correct Martine, informing him that it was actually Heuchera alba, which is “quite rare.” This may be the first record of this plant in the state of Pennsylvania.

Upon returning from collecting specimens they gathered rappelling up and down the cliffs, the research team examined historical collections held at Bucknell University. Through their analysis, they determined that local botanists have been misidentifying this species for over 100 years. With this new information, the researchers were able to discover seven additional populations of H. alba, which indicates a major range expansion for a species that has only been known to exist in small populations in the mountains of West Virginia and Virginia. 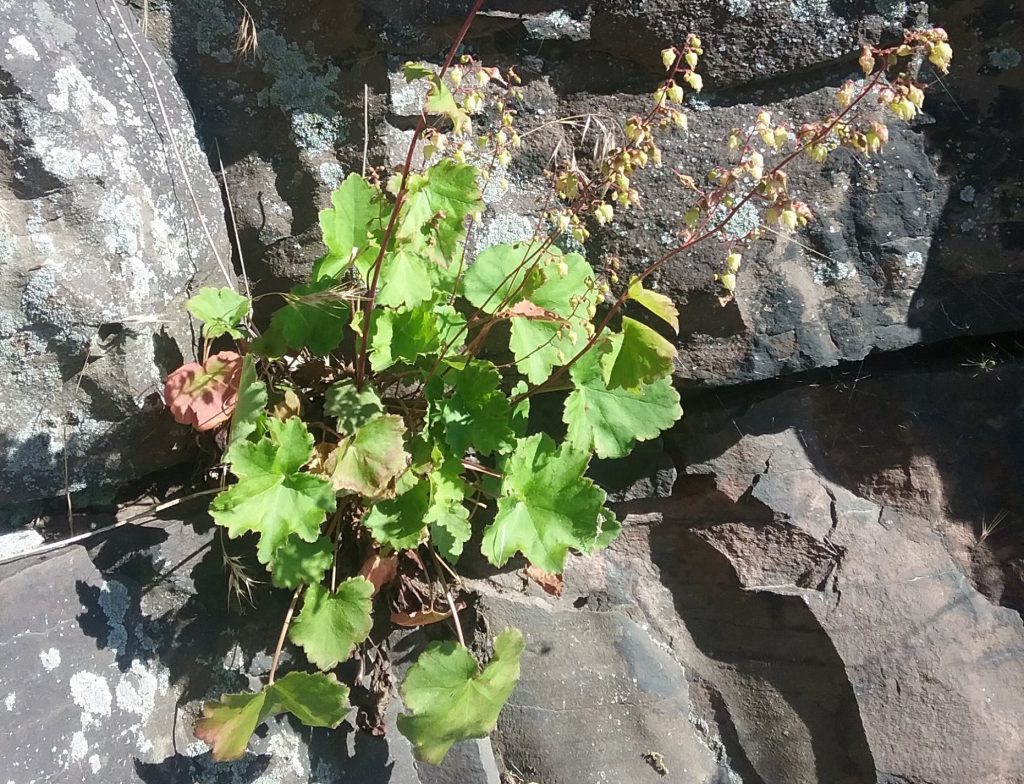 The research team has recorded their observations – as well as tips for how other can locate and protect more H. alba populations – in the open access journal PhytoKeys.

This combination of scientific work with modern social media platforms points towards a more modern way of conducting field research. If scientists can use these platforms to better collaborate, it may help expedite discoveries such as these.

“Importantly, this discovery is not just a cool showcase for how science and modern communications outlets can work together, it also gave us key information on the status of H. alba that can guide future conservation efforts,” explains Martine.