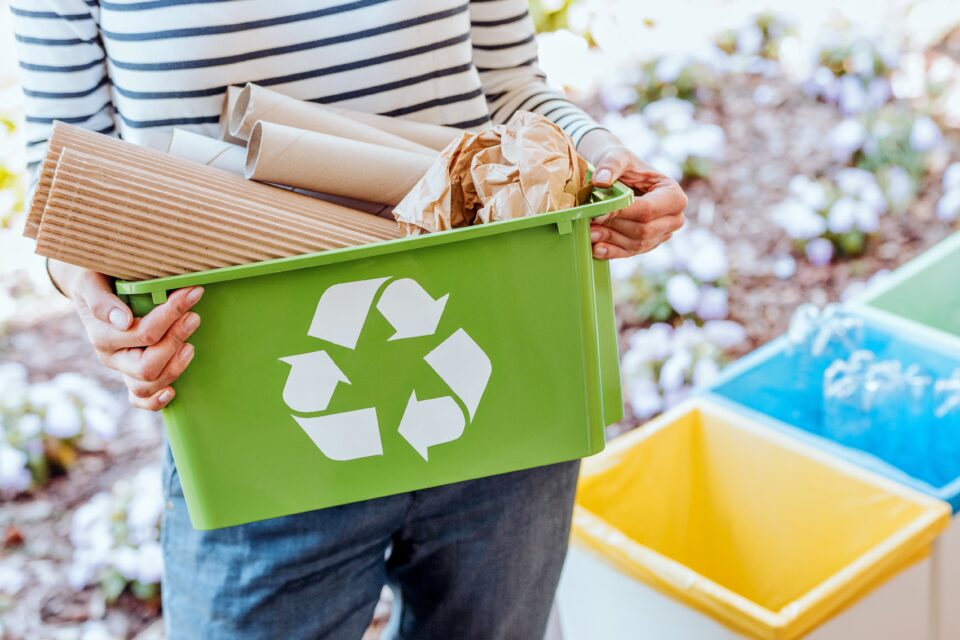 New research conducted by Beyond Plastics and the Last Beach Cleanup has found that Americans are recycling far less plastic than before, with rates falling below six percent in 2021. As plastic use has rebounded – after dipping during the first year of the coronavirus pandemic – recycling this highly polluting material is crucial for mitigating climate change and helping a variety of ecosystems survive and thrive.

Plastics are generally made from fossil fuels and can take hundreds of years to decompose. Millions of tons of plastic end up each year in the oceans, endangering a wide variety of wildlife. Moreover, instead of fully degrading, plastic usually breaks down into smaller particles called microplastics, which are now spread all over our planet, including within human and animal bodies. Studies have shown that, during the course of a lifetime, individuals unknowingly consume up to 44 pounds of microplastics.

Since plastic production is emitting over 232 million tons of greenhouse gases each year, and is set to unleash more emissions than coal-fired power plants by 2030, recycling is absolutely necessary in order to protect our planet. However, only nine percent of plastic is recycled globally, while 50 percent ends up in landfills, 19 percent is incinerated, and a staggering 22 percent is mismanaged, ending up in uncontrolled dump sites or as litter.

According to the Environmental Protection Agency (EPA), United States’ plastic recycling rate peaked at 9.5 percent in 2014, although that number also counted exported material that was largely dumped or burned as recycled. While in the last report published by EPA in 2020 (based on data from 2018), the plastic recycling rate dropped to 8.7 percent, in 2021 it plunged to a worrisome value between five and six percent.

“The plastics industry must stop lying to the public about plastics recycling. It does not work, it never will work, and no amount of false advertising will change that,” said Judith Enck, the head of Beyond Plastics and former regional EPA administrator during the Obama administration. “Instead, we need consumer brand companies and governments to adopt policies that reduce the production, usage, and disposal of plastics.”

Thus, according to Enck and her colleagues, EPA’s national recycling strategy that aims to achieve a 50 percent recycling rate by 2030 is untenable and fails to take into account current levels of plastic production. While the high recycling rates for other materials such as metal, cardboard, or post-consumer paper show that recycling could be an effective way to reclaim valuable resources, plastic (still) seems to pose insurmountable problems. “The problem lies not with the concept or process of recycling but with the material itself — it is plastic recycling that has always failed,” the authors of the report concluded.