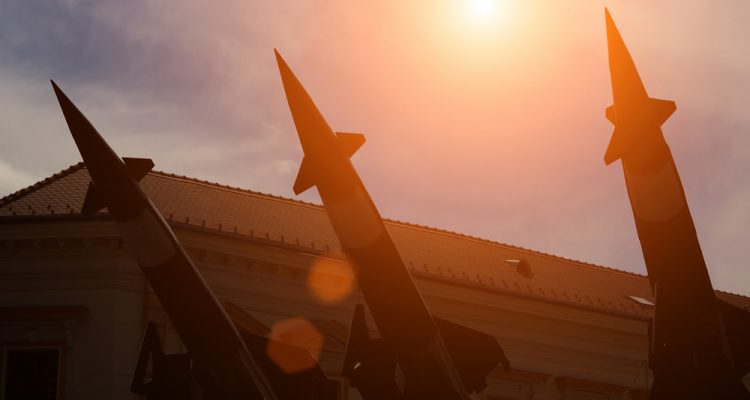 The missile was an intermediate-range Musudan-class missile. This style of missile has a range of between 1,550 to 2,500 miles. If fired from North Korea, a Musudan could reach South Korea and Japan at the lower end of its range. At the upper end, it could reach U.S. military bases located on Guam.

Government officials are concerned that North Korea may be working to perfect an Intercontinental Ballistic Missile (ICBM). If they were to successfully develop ICBM technology, the missile would be capable of reaching the continental U.S. – a full 3,400 miles away from North Korea. Some ICBMs can travel as far as 6,200 miles.

In a statement, the South Korean Office of the Joint Chiefs of Staff said, “Our assessment is that [the missile test] is part of a show of force in response to the new U.S. administration’s hardline position against the North.”

When North Korean leader Kim Jong-Un announced in January that his country was nearly ready to test an ICBM, Trump responded by tweeting “It won’t happen!” His administration has not released details on what their exact policy will be on North Korea.

Early indications are that the Trump administration will look to China to take a stand against North Korea.

In an appearance on Fox News Sunday, White House adviser Stephen Miller said, “We are going to reinforce and strengthen our vital alliances in the Pacific region as part of our strategy to deter and prevent the increasing hostility that we’ve seen in recent years from the North Korean regime.”

President Trump indicated that the U.S. would be standing by Japan after holding a meeting with Shinzo Abe, that country’s prime minister.

“I just want everybody to understand, and fully know, that the United States of America is behind Japan, our great ally, 100 percent,” Trump said to reporters.