Underwater mountain range near Hawaii is bouncing back after overfishing • Earth.com 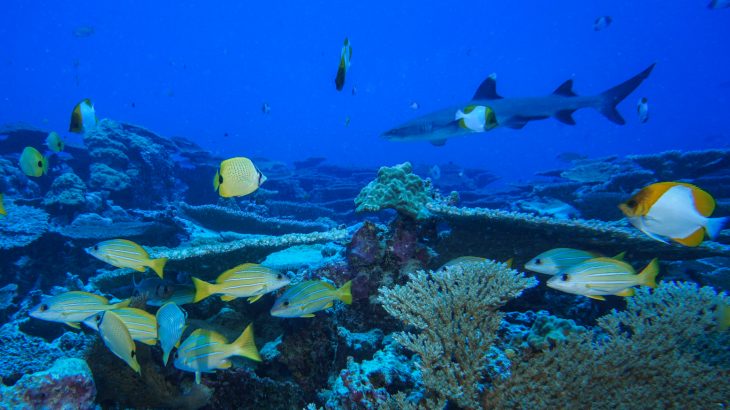 Underwater mountain range near Hawaii is bouncing back after overfishing

An underwater mountain range near Hawaii is making an impressive recovery after overfishing severely devastated corals and sponges that once thrived along the seamount.

The Hawaiian-Emperor Seamount Chain in the Pacific Ocean was a popular fishing and trawling area from the 1960s through the 1980s.

Trawling involves dragging fishing nets along the seafloor, but the practice dragged up precious deep-sea corals and other marine animals in the process.

Because corals and sponges grow so slowly, it was long thought that the mountain range would not recover even though the area has been federally protected for decades.

Researchers from Florida State University and Texas A&M University explored the seamount for signs of recovery and found that even in deep scars on the seafloor left by trawling, baby corals are starting to spring up.

“It’s been hypothesized that these areas, if they’ve been trawled, that there’s not much hope for them,” said Amy Baco-Taylor, a leader of the research expeditions. “So, we explored these sites fully expecting to not find any sign of recovery. But we were surprised to find evidence that some species are starting to come back to these areas.”

The researchers conducted four visits to the seamount using an autonomous underwater vehicle and a submersible to explore and photograph the mountain range thousands of feet below the ocean.

536,000 images were taken of different sites, and the researchers found evidence of baby corals growing in trawl scars along the seafloor in the pictures.

The researchers even found patches unscathed by trawling, and these areas will be critical to the region’s future recovery.

While the area may not ever fully recover to pre-trawling diversity, the study shows that federal protections work and that even the most hard-hit degraded habitats can bounce back.

“This is a good story of how long-term protection allows for recovery of vulnerable species,” Baco-Taylor said.