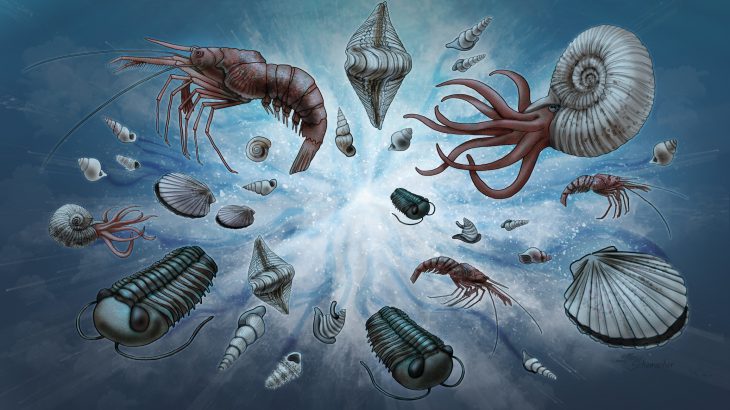 Fossil records dating as far back as the Cambrian period have shown significant ebbs and flows of evolution and extinction. However, rather than depicting a bell-shaped curve of rapid diversification and plummeting extinctions, the fossil record shows fat-tailed distribution, with outlier events occurring with higher-than-expected probability — a shape that scientists have had a hard time explaining.

Rather than looking at the big picture first, the team analyzed the fluctuations among clades, or groups of organisms that share a common lineage.

“Within a lineage of closely related organisms, there should be a conserved evolutionary dynamic. Between different lineages, that dynamic can change,” Rominger explained.

Related organisms within clades often find an adaptive strategy and stick to it. But between the clade-specific fitness peaks, there are voids of seemingly empty space. “It turns out, just invoking that simple idea, with some very simple mathematics, described the patterns in the fossil record very well,” Rominger said.

“In biology, we see these crashes and explosions too, in terms of biodiversity,” Rominger said. “We wondered if Fuentes’ elegant approach could also describe the evolutionary dynamics we see in the fossil record.”

Their findings will hopefully help other scientists better understand evolutionary processes that lead to extinction and evolution, and to interruptions that make way for new life forms.