The universe is expanding faster than scientists had realized • Earth.com 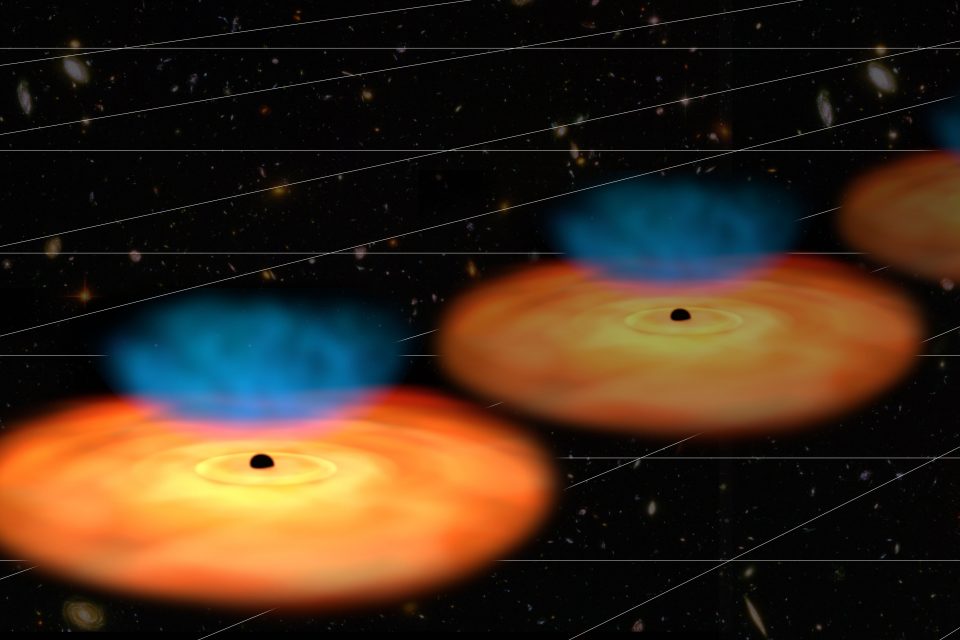 The universe is expanding faster than scientists had realized

The universe is expanding a faster rate than previously realized. according to new research that calls into the question the current Standard Cosmological Model.

Cosmologists generally agree that the Big Bang birthed the universe as we know it around 13 billion years ago, and in its earliest stages, the universe underwent a rapid expansion.

Our universe continues to expand today, and it was astronomer Edwin Hubble that first proved this fact by showing that galaxies were receding away from Earth.

But measuring the rate of expansion is extremely difficult, and making sense of what exists beyond the realms of time and space is one of cosmology’s biggest challenges.

Now for the first time, a team of researchers from Durham University and the Università degli Studi di Firenze in Italy have found a way to measure the expansion of the universe starting from the Big Bang using quasars.

Previously, cosmologists were only able to measure the rate of the expansion for the universe dating back four to five billion years.

For this study, the researchers found that supermassive black holes helped fill in the gaps and the researchers were able to measure the early rates of inflation after the Big Bang.

Data from Sloan Digital Sky Survey telescope and the European Space Agency’s XMM-Newton Space Observatory were reviewed and analyzed by the researchers.

The results, published in the journal Nature Astronomy, showed that the universe is expanding much faster than previously realized.

“Black holes are the most luminous persistent sources of the Universe and allow us to measure its expansion rate at very early times,” said Elisabeta Lusso, a co-author of the study in a European Space Agency news release. “Our results suggest that the early expansion of the Universe is different from that predicted by the Standard Cosmological Model. We may need to explore new physics, for example rethinking the potential properties of dark energy.”