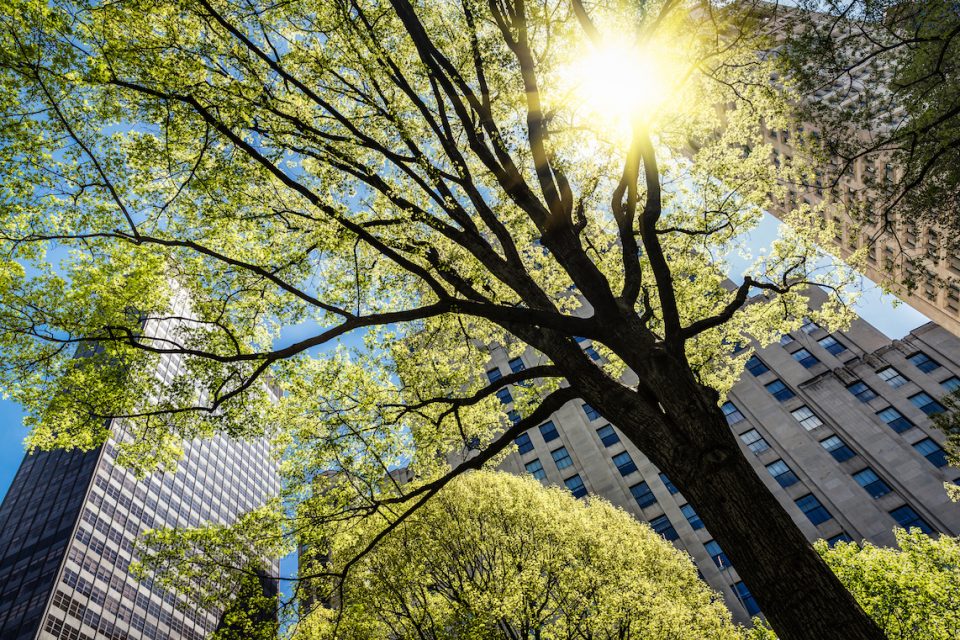 However, a new study from Boston University has found that urban trees actually die faster than rural trees – although they grow more quickly – resulting in a net loss of street-tree carbon storage over time.

Our understanding of the ecosystem dynamics of urban trees is rather limited, and it is no surprise that what we know about vegetation structure and function in rural forests doesn’t exactly apply to trees growing by city streets. In order to close our knowledge gap in this area, Ian Smith of Boston University and his colleagues estimated size-specific growth, mortality, and planting rates in trees under municipal control.

Their study involved using a model to forecast short-term changes in street-tree aboveground carbon pools under multiple planting and management scenarios. They then compared their findings to those for rural, forested systems.

The results of this research, published in PLOS ONE, showed accelerated rates of carbon cycling in street trees and mean diameter growth rates that were almost four times faster in the city of Boston than in forest stands in rural Massachusetts. While urban trees may be growing faster, high mortality rates (more than double the rural forest trees) result in a net loss of street-tree carbon storage over time.

Based on these results, it’s clear that beyond simply planting trees in cities, we should look to preserve the health of the trees that are already there. The study’s authors believe that strategic combinations of planting and maintenance will enhance the viability of green initiatives as a tool for climate change mitigation.

“Cities are at the forefront of implementing climate mitigation policies, including urban greening, to combat rising temperatures and atmospheric CO2 concentrations,” explains Smith. “We find that tree planting initiatives alone may not be sufficient to maintain urban canopies in older cities like Boston, MA. Due to the age and size structure of the existing canopy, efforts to aid in the establishment and preservation of tree health are imperative for increasing urban tree cover and maximizing the wide range of ecosystem services provided by the urban canopy.”