Life on the US-Mexico border is fluid for many wildlife species • Earth.com 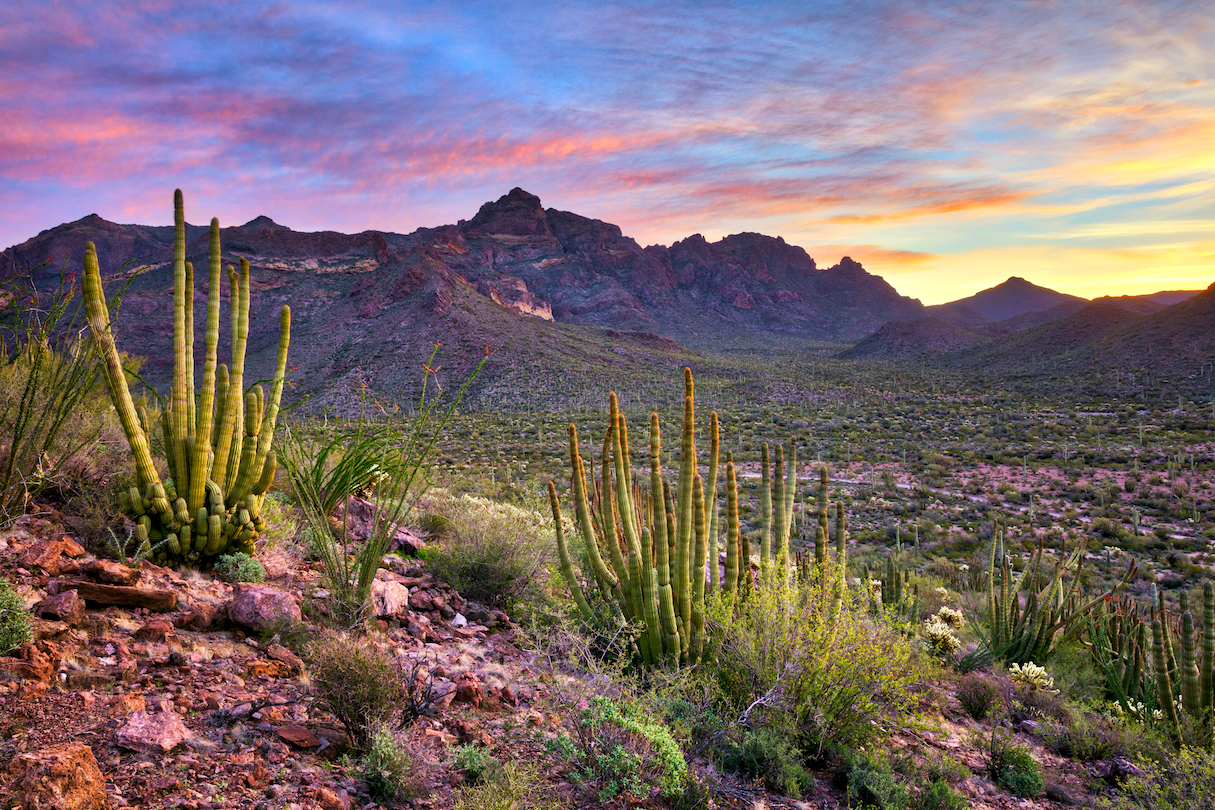 As far as the natural world is concerned, international borders are just lines drawn on a map.  Abstract. A wall is a way to manifest an unnatural idea.

Jaguars perhaps most famously often cross the fluid border between the US and Mexico.  Fish seem to wander at will along the very fluid border set by the Rio Grande between Texas and the Mexican states of Chihuahua, Coahuila and Tamaulipas.

Of course it’s little different with people.  Native American tribes such as the Tohono O’odham and Yaqui have lived on both sides of the US-Mexico border since before either country existed, often travelling across the not yet existing border.  Today the reality hasn’t changed much, with many tribes crossing the borders for ceremonies, work or simply to visit family members and friends.

The truth of the ecological unity between the United States of America and Mexico is shown quite clearly in the lands protected by governments on both sides of the border.

Of course, the border is a stark reality to humans on both sides of it.  In the 90s, border security in urban areas increased dramatically; forcing Mexicans seeking a better life, and illegal smuggling operations into the desert to cross into the US.  According to The Guardian, border patrol intercepted about 23 people in Organ Pipe National Monument per day in 2015.  The remains of 129 people who crossed the border illegally were found in the desert of southern Arizona in 2014.

The reality of Organ Pipe National Monument has changed radically in recent decades.  In 2002 Kris Eggle, a Park Law Enforcement Officer, was killed by members of a drug cartel fleeing Mexico.  The murder prompted closing the majority of the park, an order that remained largely in effect for almost 11 years.  When the park completely reopened to the public in 2014, it was with a very different face. High Country News reported that the park in 2014 had 20 law enforcement officers compared to 5 in 2003.  Likewise, Border Patrol agents increased 20-fold to a total of over 500. The park is now said to be safe for tourists.

Big Bend National Park in Texas shares a border with Mexico for 118 miles says the National Park Service website.  On the same website, under the heading of ‘Safety Advice’ is a recommendation:

“People in distress may ask for food, water, or other assistance. It is recommended that you do not make contact with them, but note the location, and immediately notify park rangers. Lack of water is a life-threatening emergency in the desert.”

It’s clear from the context that this refers to illegal immigrants from Mexico.  Elsewhere on the website, the subject of border merchants is broached. On the U.S. side of the border, tourist items such as walking sticks and bracelets are left for sale by Mexican merchants.  The website says buying these items encourages illegal crossing of the river which may lead to incarceration.

According to NPR, The Big Bend Sector of the border has had the lowest apprehension rate of illegal crossers annually for the last 44 years.  The inhospitable terrain might be the reason why. Unlike in the Sonoran desert, the terrain of Big Bend might keep many from even trying to cross into the US, outside of border merchants.

In Big Bend, the Rio Grande River which already forms a natural border between US and Mexico is also of supreme importance to wildlife.  A potential border wall could kill animals searching for a drink in the arid Chihuahuan Desert. Black Bears, Mountain Lions, Big Horn Sheep, Coyotes, and Coati all live in the park.  Wildlife doesn’t respect borders and needs freedom to move for survival, especially in demanding desert regions.

Bordering Big Bend National Park on the Mexico side are Cañón de Santa Elena Flora and Fauna Protection Area and Maderas Del Carmen Biosphere Reserve, both of which are sister parks to Big Bend.  As sister parks, the managing agencies of the parks in the US and Mexico work together on things such as wildlife monitoring on both sides of the border. All together, the two Mexican protected areas and the one in the US make up The Big Bend Conservation Corridor Initiative, protecting more than 3 million acres, an area Wikipedia notes, as large as the US state of Connecticut.  As the name corridor implies, the area has been set aside partially to enable migration of wildlife north to south through the border region.

In the 1980s bears made a comeback in Big Bend, journeying across the deserts of Mexico, swimming the Rio Grande a female from Sierra Del Carmen crossed even more desert in Texas to re-establish her species in the Chisos Mountains of Big Bend once again.  Without the corridor left intact between the US and Mexico, Black Bears could never have come back to Big Bend.

So far, the president and his cabinet have said that Big Bend won’t be a place where an actual border wall will be built.

All along the border, parks and preserves in the US partner with those in Mexico to protect the land and wildlife common to both.  Chiricahua National Monument, Saguaro National Park, Coronado National Memorial all in Arizona have sister Parks in Mexico. White Sands National Monument in New Mexico partners with Cuatrocienagas Biosphere Reserve to develop shared inventory and monitoring programs.  Besides Big Bend in Texas, Padre Island National Seashore also partners with a Biosphere Reserve and a National Park in Mexico.

Beyond parks, projects such as the Northern Jaguar Project bridge the international border between the US and Mexico.  Monarch Butterflies that pollinate millions of flowers in the US winter in Mexico, where tourists flock to see magical clouds of the insect.

It’s easy to forget that nature works as a whole and isn’t divided by artificial boundaries drawn on the map so human can cut the world into chunks easily used for human purposes.  For now, the border between US and Mexico remains fluid in many areas.