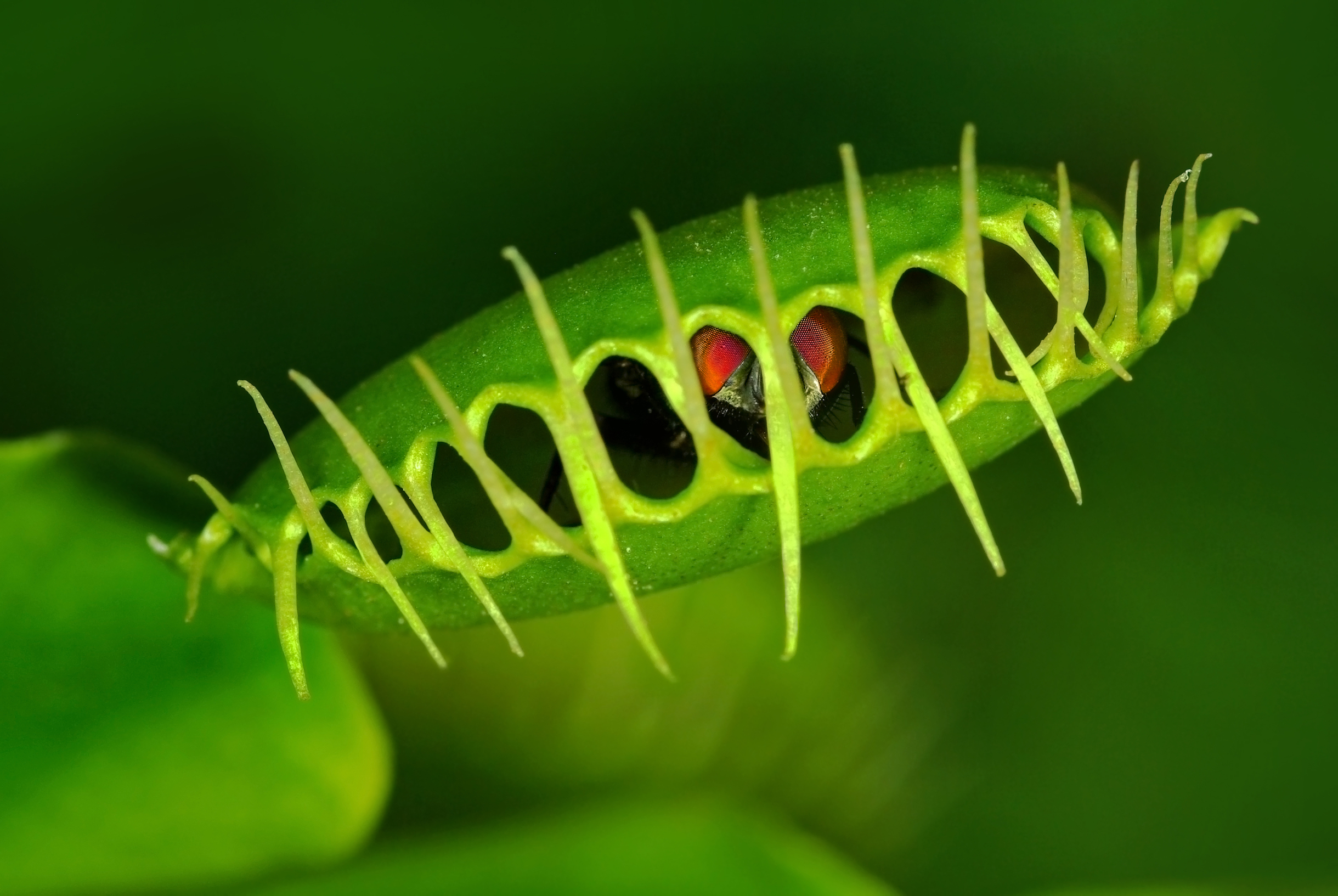 An international team of scientists has unravelled the mysteries of how the Venus flytrap, a carnivorous plant, digests its prey.

Researchers have postulated on the process since Charles Darwin’s pioneering studies but this is the first time it has been measured and analyzed, according to Julius-Maximilians-Universität in Bavaria, Germany.

An international team of researchers headed by Rainer Hedrich, a biophysicist from Julius-Maximilians-Universität present the results in the journal PNAS.

The Venus flytrap has a trapping structure formed by its leaves. After a prey, most often an inset, lands inside, the trap closes. As the insect  tries to escape, it touches sensory hairs inside that trigger an electrical signal that spreads across the trap in waves, the researchers found.

From the third signal, the plant produces the hormone jasmonate. After the fifth signal, the digestive glands that line the inside of the traps like turf are activated, the study said.

The gland cells produce bubbles filled with liquid (secretory vesicles) and give off their content. The process depends on calcium and is controlled by a number of specific proteins.

Genes are activated in the glands, the researchers found.

“We assume that they provide for the vesicles being loaded with protons and chloride, that is hydrochloric acid,” Hedrich said. “We used ion-sensitive electrodes to measure that repeated touching of the sensory hairs triggers the influx of calcium ions into the gland.”

Molecular biologist Ines Fuchs discovered that the plant only starts to produce the enzymes that decompose the prey after several hours and the process is not in full swing until 24 hours later when the trap is is completely acidic and rich in digestive enzymes, the study said.