Did violent warfare lead to the end of the Mayans? • Earth.com 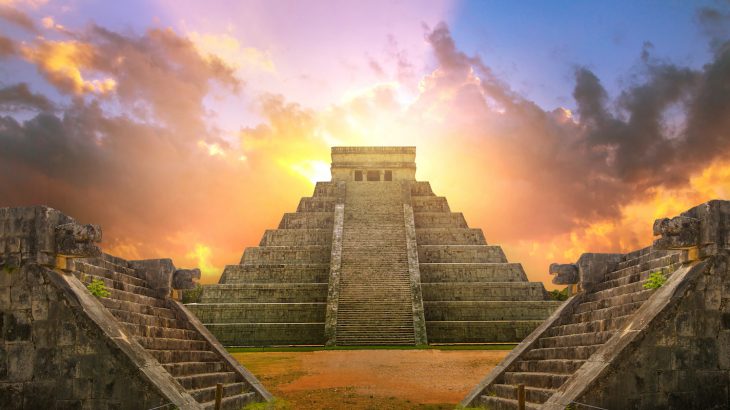 Did violent warfare lead to the end of the Mayans?

The Mayans once flourished in what is now Mexico and the northern parts of Central America. Their cities and culture were advanced for the time and place, but new findings indicate that what led to their demise may have been more barbaric in nature.

Scientists have uncovered evidence of extreme warfare tactics in Maya culture, which they postulate brought about the end of the Mayans.

Previously, scholars have believed that the violent warfare in the Terminal Classic Period (800-950 CE) led to the collapse of the civilization, and conflict during the Classic Period (250-950 CE) was viewed as ritualized and not widespread. However, these new findings led researchers to report that this violent warfare could have started at an earlier date.

In the course of this research, David Wahl and his colleagues found that the Maya engaged in total warfare much earlier than the Terminal Classic Period. The researchers analyzed a hieroglyphic inscription found at Naranjo, which is a Classic Maya city located in what is now northern Guatemala. The inscription stated that on May 21, 697 CE, another Mayan city called Witzna was attacked and burned for a second time.

Evidence has been found in a lake adjacent to Witzna of a distinct charcoal layer caused by a substantial fire event during the last decade of the 7th century CE – supporting the information from the inscription.

Archaeological evidence has also been found of destruction and burning of the major monuments throughout Witzna. Sediment analysis indicates a significant reduction of land use following this fire event, which likely shows that the attack had a dramatic impact on the population of the city.