Volcanoes may be driven by “mush” reservoirs, not magma chambers • Earth.com 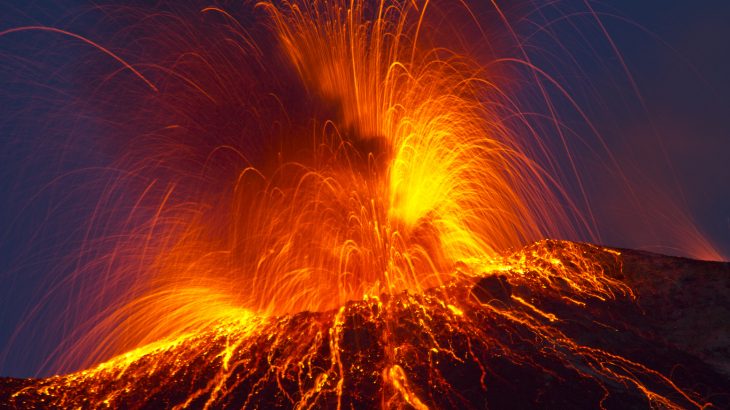 Volcanoes may be driven by “mush” reservoirs, not magma chambers

A new study is calling into question everything we thought we knew about volcanic eruptions.

It’s long been assumed that large chambers of magma located deep within the Earth are what drive eruptions, and this magma is turned to lava as it spews out of the mouth of a volcano.

However, researchers from Imperial College London and the University of Bristol are challenging this fundamental theory and instead suggest that volcanoes are fed by mush reservoirs made up of crystals with small magma pockets.

A study detailing their findings and reasoning behind the new hypothesis was published in the journal Nature.

“We now need to look again at how and why eruptions occur from mush reservoirs,” said Matthew Jackson, the lead author of the study. “We can apply our findings to understanding volcanic eruptions with implications for public safety and also to understand the formation of metal ore deposits associated with volcanic systems.”

This is not the first time the mush reservoir model has been proposed, but previous models were not able to explain why magma contains so few crystals or old crystals if the eruption is fed from underground reservoirs filled with mostly solid crystal.

The researchers were able to solve this problem with a more sophisticated mush reservoir model that showed how magma is less dense than the crystals and can spring up from small spaces between the crystals.

“The new idea developed by geologists at Imperial and Bristol is that molten rock forms within largely crystalline hot rocks, spending most of its time in little pores within the rock rather than in large magma chambers,” said Stephen Sparks, the co-author of the study. “However, the rock melt is slowly squeezed out to form pools of melt, which can then erupt or form ephemeral magma chambers.”

The study helps explain some of the biggest mysteries of volcanic eruptions and completely contradicts everything we have come to know about magma chambers.