Volkswagen working on a settlement with US over emissions scandal • Earth.com 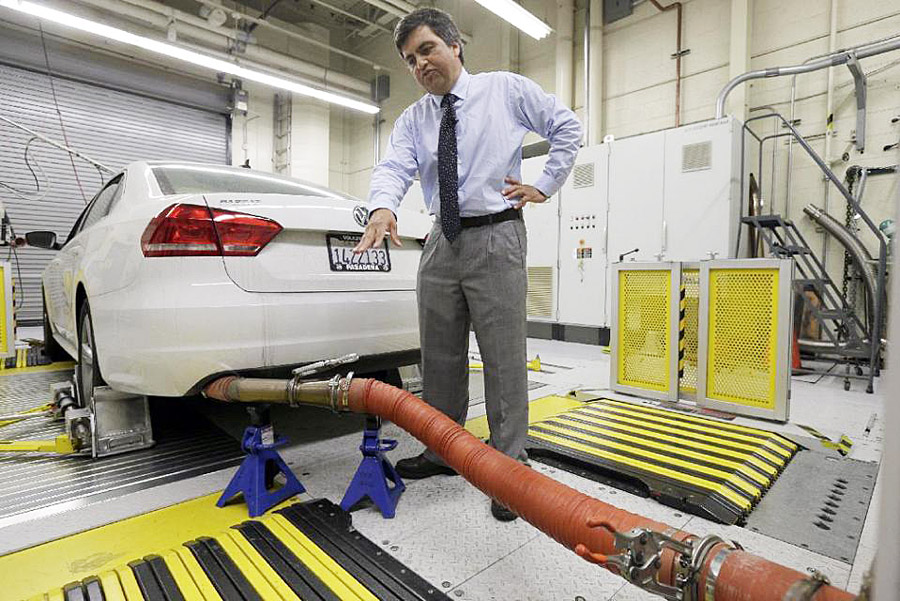 Volkswagen working on a settlement with US over emissions scandal

Volkswagen CEO Matthias Mueller says the company is cooperating with U.S. authorities and hopes to reach a settlement on a fine with the Justice Department for equipping diesel vehicles to cheat on emissions tests.

Mueller said the company admits it “made a big mistake” and that “we have worked on a very cooperative basis with the authorities in Germany, Europe, and the U.S. and we hope, especially in the United States, the results of the investigation are pronounced by the Justice Department with a settlement and a corresponding fine.”

Asked if a fine could threaten the company’s credit rating or financial solidity, he said Volkswagen was a “financially very robust organziation” but added that “I can only answer that question when I know the amount of the fine.”

Volkswagen has admitted wrongdoing in equipping cars with software to evade emissions testing and has agreed on a $15 billion civil settlement with environmental authorities, state governments and vehicle owners in a federal court in San Francisco. The deal, which still has to be approved by a federal judge, requires the company to spend up to $10 billion buying back or fixing about 475,000 2-liter diesel vehicles involved in the scandal and paying owners an additional $5,100 to $10,000 each.

One Volkswagen engineer has pleaded guilty to federal criminal charges in the United States and agreed to cooperate with federal authorities in the investigation. Volkswagen has brought in a law firm to conduct its own probe over the emissions scandal. Mueller said the Jones Day law firm had put 13 million documents in a database made available to the Department of Justice and that “they will certainly identify the people who were involved.”

Volkswagen showed off a new electric drive small car at the Paris auto show, part of the company’s effort to emphasize low-emissions vehicles and its embracing of new technology and ways of doing business, including autonomous driving, car-sharing and ride-sharing.

© 2016 The Associated Press. All rights reserved. This material may not be published, broadcast, rewritten or redistributed. Learn more about ourPrivacy Policy and Terms of Use.