Waking up to an upbeat song, not a beeping alarm, combats grogginess • Earth.com 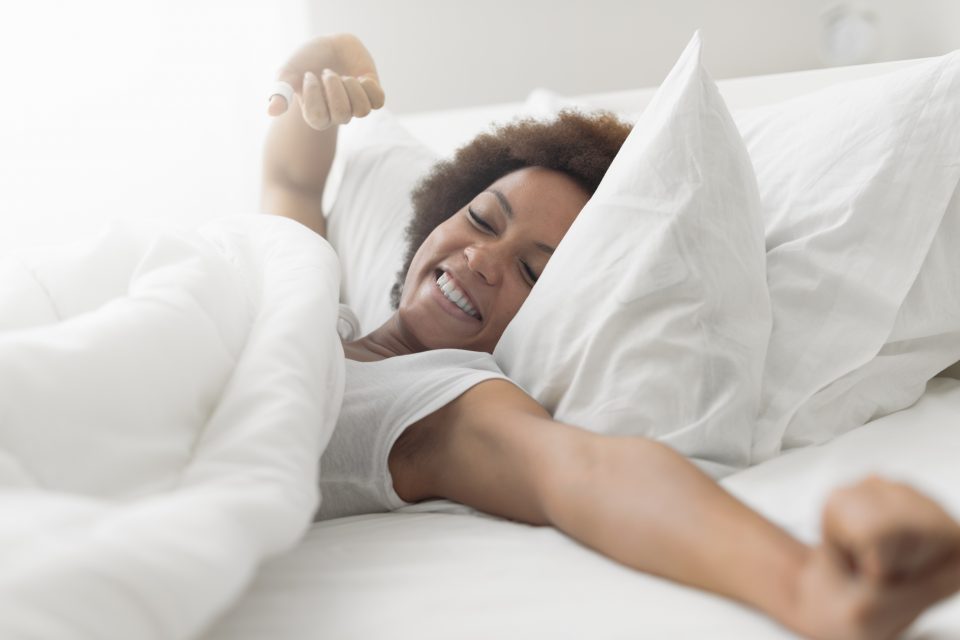 Waking up to an upbeat song, not a beeping alarm, combats grogginess

We’ve all experienced being jarred awake from a deep sleep by an unpleasant, incessant beeping alarm clock. When you start the day that way, it’s hard not to feel tired and groggy for a good chunk of the morning.

But new research shows that waking up with a more upbeat melody could help beat morning grogginess and sleep inertia.

For the first few hours after waking up, people can be confused, clumsy, and unable to react as quickly as they would when their brain is fully alert.

This disoriented and groggy feeling is called “sleep inertia” and it’s said to be caused by the sudden transition from sleep to wakefulness.

Sleep inertia can be a pain when you have a morning meeting, a class to get to, or a deadline, but it can also be deadly, leading to car accidents and plane crashes for pilots and drivers who operate a vehicle immediately after waking up.

The best way to reduce sleep inertia is to allow the body to wake up naturally, but in today’s fast-paced society this is a near impossibility.

Researchers from RMIT University in Melbourne, Australia have a simple solution to reduce morning sluggishness.

“When they wake up, people experiencing sleep inertia may show signs of reduced alertness and reduced cognition, manifesting in inadvertent mistakes. Sleep inertia can last for seconds, minutes or hours after waking,” said Stuart McFarlane, the lead author of the study. “Research suggests that ‘difficulty in waking up’ is a common experience. It’s one that many of us share.”

Listening to catchy pop songs by bands like the Beach Boys or the Cure is better than any traditional alarm, the results show.

For the study, 50 participants reported on their morning routines, how they felt in the morning, how they woke up, and how their day was impacted after waking up.

The researchers found that the participants who listened to highly melodic music were less impacted by sleep inertia and less sluggish.

A good melody can captivate a listener for longer periods which is why the researchers theorize that pop songs could be an excellent way to engage the brain first thing in the morning.

“A sound that is perceived as melodic, produces less sleep inertia in comparison to a sound considered to be neutral,” the researchers wrote in their study.

Simply changing the alarm on your phone to something more melodic might help, and since mobile phones today have more apps and options for changing ringtones and morning alarm sounds than ever before, it would not be a difficult strategy for people to implement into their morning routines.