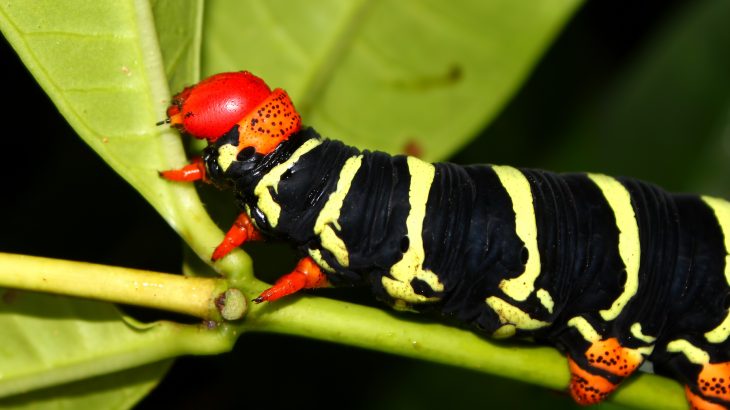 Only a few degrees of global warming can have devastating environmental consequences. Now, a disturbing new study has revealed massive declines in insect populations in the forests of Puerto Rico.

The Intergovernmental Panel on Climate Change (IPCC) has released a report reviewing what it would take to reduce warming and ensure that global temperatures don’t rise above 1.5 degrees Celsius. Unfortunately, some areas of the globe have already exceeded warming past 2 degrees, which have resulted in devastatingly negative consequences.

In the Luquillo rainforest in Puerto Rico, temperatures have already reached or exceeded two degrees Celsius, and the new study found a direct correlation between rising temperatures and a 60 fold decline in insect biomass.

Researchers from the Rensselaer Polytechnic Institute conducted the study which was published in the journal Proceedings of the National Academy of Sciences.

“Our results suggest that the effects of climate warming in tropical forests may be even greater than anticipated,” said Brad Lister, the lead author of the study. “The insect populations in the Luquillo forest are crashing, and once that begins the animals that eat the insects have insufficient food, which results in decreased reproduction and survivorship and consequent declines in abundance.”

Between 1976 and 2013, the team collected data from the Luquillo rainforest study area and used sticky traps and sweep netting to measure arthropod biomass over the years.

Arthropods are invertebrate animals like insects, millipedes, and sowbugs. The researchers measured biomass declines of up to 60 fold between the years studied.

Along with these declines in arthropod biomass, the researchers observed population declines in insectivorous lizards, frogs, and birds in the area.

Climate warming was identified as the primary driver of arthropod declines, and according to the researchers, the decreases in biomass have caused the rainforest food web to collapse.

Over two-thirds of the Earth’s species reside in tropical forests and the results of the study show how easily rising temperatures overthrow the delicate balance of an ecosystem.