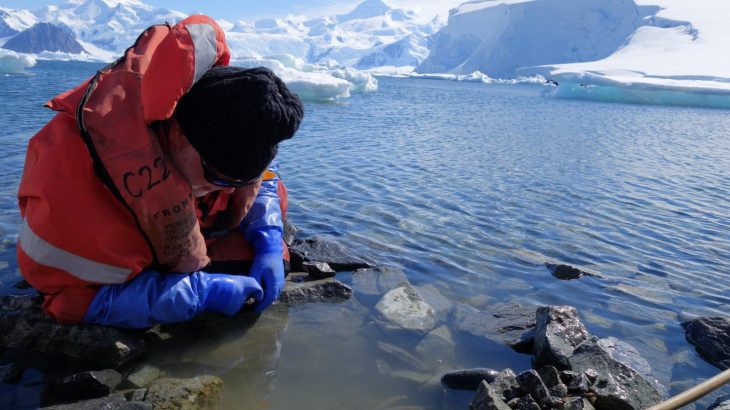 As warming oceans lose oxygen, large species are at risk

Warming oceans are dangerous for marine species, and not just because the temperature shift can harm delicate species. Warmer waters also lose oxygen – and that could be bad news for many of the large species that live in the Antarctic region.

Since the mid-1900s, ocean oxygen levels have declined, on average, by 2 to 5 percent, data shows.

Dr. John Spicer of the University of Plymouth and Dr. Simon Morley of the British Antarctic Survey teamed up to see what kind of effect the warming oceans and their lower oxygen levels had on Antarctic species.

“Marine animals thrive in the Southern Ocean but life in these freezing waters has led to the evolution of many distinct characteristics. These ‘strategies,’ which allow animals to survive in the cold, are expected to make many Antarctic marine invertebrates and fish vulnerable to the impact of climate change,” Morley said. “Understanding these impacts will not only help us to predict the fate of marine biodiversity at the poles but will also teach us much about the mechanisms that will determine the survival of species across the world’s oceans.”

The pair of scientists studied various amphipod species that live in the Antarctic’s warming oceans. Amphipods come in a variety of sizes and can easily be found all over the region.

They found that in waters where the oxygen levels had fallen, larger amphipod species were not thriving as their smaller cousins were. The findings indicate that larger species might struggle as oxygen levels decline, while smaller species may adapt more easily.

The researchers did note that there are factors beyond size that will influence how species adapt to warmer temperatures and shrinking oxygen supplies.

“Our research also shows that some species have evolved mechanisms to compensate for reductions in oxygen, and so it is not always as simple as drawing a link between size and future survival. But it would be foolhardy to pin our hopes on such ‘evolutionary rescue,’” Spicer said.

Still, large species that have not adapted those coping mechanisms could struggle to keep their populations afloat in the warming oceans.

“Unless they adapt, many larger marine invertebrates will either shrink in size of face extinction, which would have a profoundly negative impact on the ecosystems of which they are a part. This is obviously a major cause for concern,” Spicer said.

The study has been published in the journal Philosophical Transactions of the Royal Society B.